Top brass at the 2016 Tribeca Film Festival presented by AT&T have announced selections in the US Narrative, International Narrative and Documentary Competition strands. 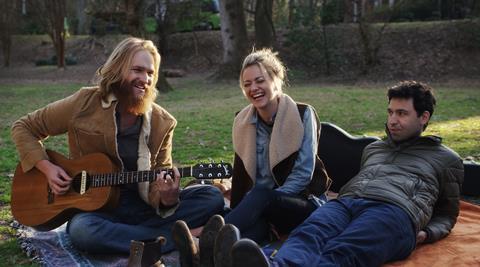 The films comprise 55 out of 110 features that will play during the 15th edition of the New York festival from April 13-24. The festival will present features films in the Spotlight, Midnight, and Special Sections on March 8.

Also included in Wednesday’s announcement are the out-of-competition Viewpoints titles.

One third of the festival’s feature films are directed by women — the highest percentage in Tribeca’s history. Twelve female directors and screenwriters are eligible to receive the fourth annual Nora Ephron Prize, which recognises women who embody the spirit and vision of the late filmmaker and writer.

“In our 15th year we wanted to deepen our support of American narrative filmmakers and have opened our competition to separately showcase the US and International films,” said festival director Genna Terranova. “We are very impressed by the films this year and inspired to see new voices transcending traditions and taking risks by telling their stories their own way. We are excited to share with audiences how the world of independent documentary and narrative filmmaking is thriving.”

“With our new International Narrative Competition we are reinforcing our faith in cinema from around the world and belief that Tribeca is a fantastic platform for filmmakers to share their vision,” said ,” said artistic director Frederic Boyer. “Over the ten days of the festival these films will take our audiences on a cinematic adventure, and offer a wide range of perspective in both the stories they tell and the methods through which they’re told.”

This year, ten US narratives, eight international narratives, and 12 documentary features making their North American, international, or world premieres will compete for cash prizes totalling $155,000, as well as artwork from the Artists Awards programme, offering donated work from contemporary artists.

Sponsored by AKA Hotel Residences

Launching in 2016, Tribeca introduces a new competitive section dedicated to American films and filmmakers and mostly comprises first-time directors. The 10 films will compete for the Founders Award for Best Narrative Feature, Best Screenplay, Best Cinematography, Best Actor, and Best Actress. All selections in this section are world premieres and US films unless indicated otherwise.

The 12 films will compete for Best Documentary Feature, Best Cinematography, and Best Editing. All are world premieres unless indicated otherwise.

Viewpoints is Tribeca’s home for “films with bold directorial visions, and embraces underrepresented perspectives, styles, and characters.” All are world premieres unless indicated otherwise.

Houston, We Have a Problem! (Slovenia-Croatia-Germany-Czech Republic-Qatar) dir Žiga Virc