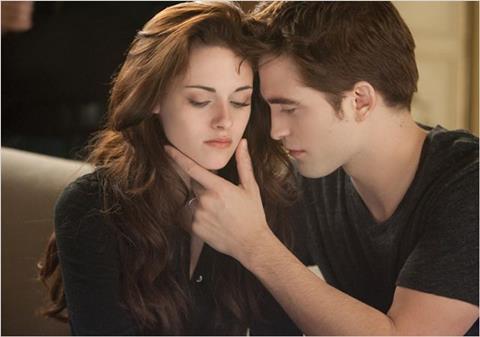 Despite a strong field of new openers, The Twilight Saga: Breaking Dawn - Part 2 recorded a second consecutive week at the summit of the UK box office.

The climactic instalment of the popular franchise added $8.4m (£5.3m) and has now amassed $42.6m (£27m) after ten days in play through eOne. Currently, Breaking Dawn - Part 2 is tracking ahead of each of the previous instalments, with Part 1’s $37.3m (£23.3m) the closest contender, meaning that Part 2 is poised to end the vampire saga on a record high.

Still going strong in its fifth weekend was Sony’s record breaker Skyfall as it remained in second.

The latest Bond mission shot its way to a further estimated $6.3m (£3.9m) for a mighty $144.5m (£90m) to date. If that estimate holds up, Skyfall is now within £4m of overtaking Avatar as the biggest grosser of all time in the UK.

Alex Hamilton, head of film, eOne UK commented: “More and more people are discovering [the series] – not only did we open Nativity! 2 at number three behind two enormous blockbusters, we also saw Nativity!, a three year old film, climb up to being the third bestselling film DVD last week. Debbie [Isitt, director] and her co-conspirators have created a little cultural phenomenon and eOne is thoroughly proud to be part of it.”

Entertainment’s Silver Linings Playbook grossed a solid estimated $2m (£1.2m), including previews, on its opening bow in the UK.

David O. Russell’s comedy-drama starring Bradley Cooper and Jennifer Lawrence failed to top the director’s strongest debut though, which remains The Fighter’s $3.4m (£2.1m). Three Kings is Russell’s best ever performance in the UK though, finishing with $11.2m (£7m) back in 2000.

This week sees saturation releases for Entertainment’s Alex Cross, Lionsgate’s Great Expectations, Paramount’s Rise of the Guardians and Warner Bros.’ Trouble with the Curve. Ben Wheatley’s critically acclaimed black comedy Sightseers receives a release in around 90 sites through StudioCanal, while Arrow’s The Hunt is among the films receiving a limited release.