John Hazelton explores why Voltage Pictures is going after 5,000 illegal downloaders of The Hurt Locker and why the case could be crucial for independents. 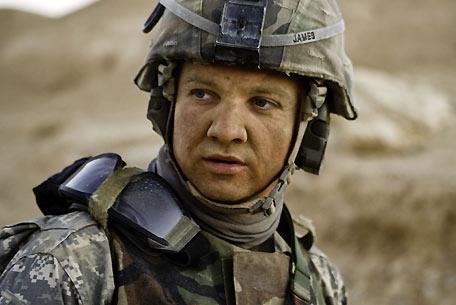 In the latest move by film producers against individual illegal downloaders, Voltage Pictures has filed a copyright infringement action against up to 5,000 people who, the suit alleges, downloaded pirate copies of the company’s multiple Oscar winner The Hurt Locker.

The action is one of a series of recent cases brought by a Washington DC law firm against film downloaders.

In the action, filed in the US District Court for the District of Columbia, Voltage says it knows the Internet Protocol (IP) addresses of the defendants - described as “Does 1- 5,000” - but not their real names. The company believes, says the complaint, “that information obtained in discovery will lead to the identification of each defendant’s true name.”

The complaint charges that the defendants obtained illegal copies of the film using the BitTorrent protocol, which allows users to download large files stored in small fragments on the computers of other members of a peer-to-peer (P2P) network.

“The effect of this technology makes every downloader also an uploader of the illegally transferred file(s),” the suit says. “This means that every ‘node’ or peer user who has a copy of the infringing copyrighted material on a torrent network must necessarily also be a source of download for that infringing file.”

The action calls for injunctions against the defendants and for actual or statutory damages.

In spite of being critically acclaimed and the winner of six Oscars, including Best Picture, Iraq war drama The Hurt Locker grossed a disappointing $16.4m in North America last summer and $32.2m in international markets.

Asked whether he hopes that the copyright infringement action will recoup revenue lost to pirates, Voltage Pictures co-founder Nicolas Chartier, one of the producers of the film, says: “I’ll know in six months. I’m sure we’re going to get some money, how much I don’t know.

“Some people are going to be scared of the lawsuit and stop downloading. Other people will say ‘We don’t care, we’re going to pirate even more movies in retaliation.’ And then you’ll have people who say, ‘I got a lawsuit for $2,000, let’s pay it because I don’t want it on my record.’”

Chartier suggests that anti-piracy measures such as destroying counterfeit DVDs and suing file sharing web sites are having little effect on the problem. And, he says, “You cannot go after BitTorrent because it’s a technology, not a web site. The only way you’re going to deter people is if they have to pay.”

Without such action, he argues, “the only movies that are going to be able to get made are Transformers 7 and Sex and the City 14. Ten million people downloaded The Hurt Locker online [using] BitTorrent and 1.5m went to see it in theatres. If ten people need to watch it for free to tell their friends to go buy it that’s not exactly a good business.”

But those bodies appear now to prefer voluntary agreements with ISPs (internet service providers) under which the providers pass warnings on to users believed to have been sharing illegal files.

Since the start of the year, however, Dunlap, Grubb & Weaver, the Washington DC law firm that filed the Hurt Locker complaint on behalf of Voltage, has filed a number of other similar actions, though the other cases have involved less well known projects - among them Ron Pearlman family film Uncross the Stars and German director Uwe Boll’s Far Cry - and smaller groups of defendants. A web page aimed at defendants in the Far Cry action indicates that damages sought from defendants who refuse to settle could be as much as $150,000 per infringed work.

Legal action aimed at downloaders can work on more than one level, says Eric Garland, CEO of media metrics company BigChampagne.  “These types of actions tend to draw a lot of attention,” he says, “so they’re certainly effective in creating blanket awareness among the general population that there can be consequences and that the industry is serious about this.”

But such actions can also, Garland adds, lead to more savvy pirates: “What the RIAA found is it tended to kick off an escalating arms race in terms of a developer community that then works hard to insulate end users from being the object of these types of campaigns.”