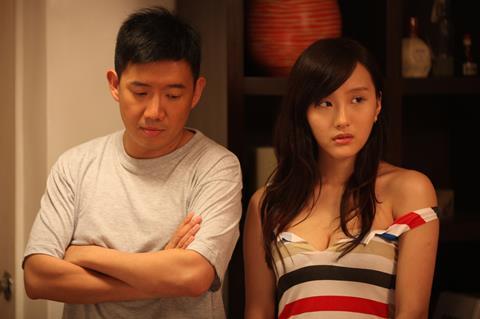 Having spent much of his career filtering good humour through very bad taste, writer-director Pang Ho-cheung delivers arguably his naughtiest picture to date with a pitch-black comedy whose central mystery concerns whether its protagonist has had sexual intercourse(s) with a mule. While its potentially offensive content is either verbal or merely implied, Vulgaria’s readiness to revel in its own political incorrectness should ensure its popularity with festivals looking for curiosity items.

This film-biz satire displays a reckless abandon in mentioning genitals – of humans and other species – as frequently as it possibly can.

The film world-premiered at the Hong Kong International Film Festival and is scheduled for a summer release locally – tentatively in late June.

Shot in 12 days without a complete script, the movie is essentially a series of side-splitting episodes related by producer To Wai-cheung (Chapman To, who previously starred in a much more reserved role in Pang’s Isabella) at a sharing session with cynical film students. Pushed to defend his worth in the role, the downtrodden veteran recalls the ridiculously dramatic journey of getting his latest project, a remake of the 1976 soft-core flick I Want More!, off the ground.

With an original Chinese title that translates as Vulgar Comedy, this film-biz satire displays a reckless abandon in mentioning genitals – of humans and other species – as frequently as it possibly can; in fact, the irreverent tone is immediately set at the start of the film when the function of movie producers is compared to that of pubic hair (“to ease friction between two people”). As has become the norm for Pang’s recent efforts, Vulgaria also concludes with extended post-credits sequences which provide the movie’s ultimate comic punch line.