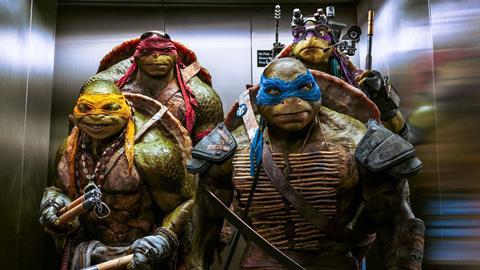 The deal marks the first time that Wanda Cinema Line has invested in a Hollywood film as a global investor, which the company said represents a strategic step in its international plans. China’s Alibaba Pictures is also investing in the film.

Produced by Michael Bay’s Platinum Dunes and directed by Dave Green. TMNT2 is scheduled for US release on June 3 and worldwide in the following weeks.

Paramount vice chairman Rob Moore said: “The team at Movie Media, led by Mr Zhang, have showcased their tremendous marketing abilities on the launch of the first Teenage Mutant Ninja Turtles film and we are very pleased to be again collaborating with them on this next installment of the franchise.”