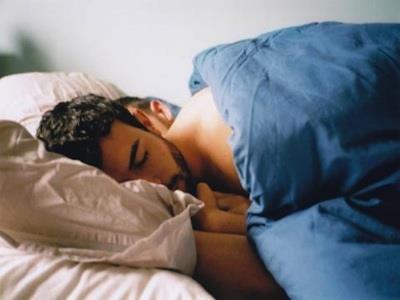 A casual, one night stand blossoms into a much more meaningful connection in Weekend, a beguiling second feature from writer/director Andrew Haigh that establishes him as a impressive new voice in British cinema. Labelling Weekend a “gay Before Sunset” provides an obvious marketing hook but only partially reflects the film’s ability to meld the Englishness of a Brief Encounter to an American indie sensibility.

The characters are always believable, the dialogue rings true and there is scarcely a false note

Weekend won Haigh the Emerging Visions award at SXSW this year and the mixture of continued festival acclaim (Outfest, Karlovy Vary etc) and strong critical support should  generate a substantial audience for the first significant British gay movie in a generation. There is also a universal quality to the sharply written, unsentimental story of sex, love and longing that gives the potential to reach a wider audience when the film is released in the US in September by Sundance Selects and in the UK in November by Peccadillo.

Part of the pleasure of Weekend is the way in which Haigh has created a story of two gay men caught up in their ordinary, everyday lives and suddenly confronting the possibility of a potential romance that is as unexpected as it is thrilling. Haigh’s film embodies the notion that everyone is different and everyone is the same.

Russell (Tom Cullen) leaves an evening with his straight friends in Nottingham and heads to a gay club where he meets Glen (Chris New). The next morning Glen asks the hesitant Russell to  record his feelings about their encounter for his art project. An awkward conversation becomes the starting point for greater intimacy as the two men reveal aspects of their insecurities and vulnerability. As Russell and Glen come to know each other better, the audience is also encouraged to make an emotional investment in their destiny as a potential couple. Russell is more guarded about his sexuality whilst the cynical, outspoken Glen is more fearless.

They part but keep returning to each other over a weekend of sex, drugs and talk that pushes them closer towards a better understanding of who they are and what they want. The whole situation is lent a bittersweet poignancy by the revelation that Glen is planning to leave the country for an extended stay in America.

The characters are always believable, the dialogue rings true and there is scarcely a false note as the story of Russell and Glen unfolds in bars, bedrooms, clubs and train stations. Tom Cullen and Chris New contribute layered, well-rounded performances that captivate the viewer and  create a film that develops into a genuine heartbreaker.