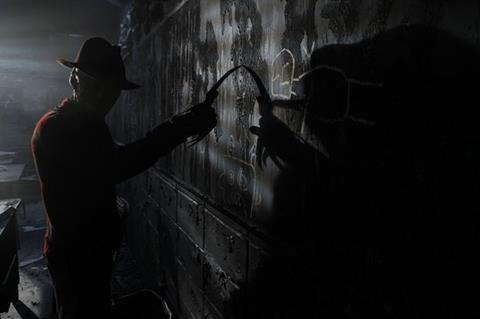 A Nightmare On Elm Street

Warner Bros’ horror remake A Nightmare On Elm Street began its overseas run with a fifth place debut in Screen’s International chart for the May 7-9 weekend, after grossing $6.5m from 1,208 screens in 9 markets, with Russia and the UK generating $2.7m and $2m, respectively. Samuel Bayer directs the reworking of the classic 1984 horror, which sees Jackie Earle Haley take on the role of dream-stalking child murderer Freddie Krueger. Nightmare reaches France and Mexico this weekend, with further international releases throughout the summer.