When will two become one?

A possible merger between the UK’s two flagship film bodies is provoking much debate both for and against the movie. But will it even ever happen? 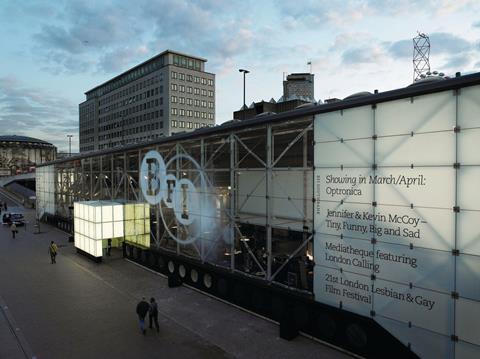 The proposed unification of the UK Film Council (UKFC) and the British Film Institute (BFI) into a single body looks uncannily like a union between two partners who do not like each other very much. However, in the present straitened economic circumstances, both realise an arranged marriage might to be their advantage.

“This is a move mainly driven by finance, and we will want to ensure it has been properly thought through”

The often abrasive relationship between the UKFC, which was formed in 2000, and the BFI, founded in 1933, is no secret. Both bodies seem to exist on either side of a great divide.

“The UK Film Council is a success story, but the truth is that when we were set up in 2000 a kind of artificial separation occurred,” is how Tim Bevan puts it. Bevan is the new UKFC chairman, and co-founder of Working Title Films. “On the one hand the UKFC, which supports film and the film industry; on the other the BFI, which celebrates film culture and cares for our film heritage. It can’t be right for them to remain disconnected.”

A project board, chaired by the government’s Department of Culture, Media and Sport (DCMS) to which the UKFC and ultimately the BFI report, and with equal representatives from the BFI and UKFC will now look to develop a possible model and governance structure for a new slimline organisation. The aim is to complete the analysis before the end of this year.

Negotiations promise to be fraught and extremely complicated. Wage structures, branding, and staffing levels will all be discussed. “Who is going to be the boss?” is a constant refrain in Soho right now.

It is a good question. There cannot be two chairmen or two chief executives of one body. The long-running saga of the proposed $246.6m (£150m) BFI National Film Centre (to which the UK Government has already pledged $81.3m (£50m) and which BFI sources are insistent will go ahead) is also likely to be a distraction as the BFI will be trying to build itself its new home at the same time it is being asked to merge with another organisation. The BFI national and regional film archives — awarded $40.6m (£25m) by the UK government in 2007 — are likely to be considered sacrosanct when the cost cutting begins.

There are also likely implications for the Edinburgh International Film Festival if the BFI London Film Festival comes directly under the umbrella of a unified national agency.

The BFI, which is a registered UK charity, is insistent — as BFI director Amanda Nevill puts it — that it has already driven through “massive economies” and is “a sleek, mean and successful machine”. Nevill also pointedly remarks that BFI salaries are “quite low. We get good people because people want to work at BFI.”

“Being already interwoven financially, it seems far more constructive to put them all in the same room to sort it out between them”

In the past decade, the BFI has sometimes felt marginalised and the Institute has fretted that its powers have been usurped. (For example, the BFI used to have its own production arm.) There have been tensions between UKFC and BFI about the future direction of the Times BFI London Film Festival (LFF). (Former UKFC chairman Stewart Till openly called for the LFF to become a “bigger, louder” event with more star wattage and red carpet presence.)

The BFI has also questioned why it cannot have a direct relationship with the DCMS and why it receives its funding via the UKFC. This is something the BFI hopes the merger talks will rectify.

“One of our reasons for going into the talks is that there is a frustration that we don’t talk direct to the department [DCMS]. We go to the Film Council and it hasn’t been an easy relationship,” said BFI chairman Greg Dyke earlier this month.

There is a lot of goodwill in the UK film industry towards the BFI. “I want to make sure [the BFI] is protected for future generations,” says producer and former BFI chairman Jeremy Thomas. “The Institute is the best in the world. It has the best archive. The [BFI] Southbank is alive and active. [The BFI] just needs more money and more love.”

However, the merger is by no means a certainty. If the UK’s Conservative opposition party wins the next election, as it is predicted to do, it has said it will revise all the plans. And it is unlikely that a merger will be completed by the expected election date of May 2010.

“This is a move mainly driven by finance, and we will want to ensure it has been properly thought through and that all other options have been considered,” said Ed Vaizey, the UK’s shadow minister for culture, in response to last month’s announcement. “For example, would the BFI be better off partnering with the British Library? If the move has not been completed by the time of the election, we will review it.”

Dyke also makes it clear the merger is far from being signed and sealed. “If you put organisations together, there are always savings in overheads and back office and the rest of it,” he says. “We [as a board] see this as an investigation to see whether there are advantages to doing it. It is no secret that the BFI has found its present funding mechanism unsatisfactory. We have been a number of years now without any [funding] increase at all.”

Indeed, with a heavyweight chairman in Dyke, it is clear the BFI will not allow itself to be “steamrollered”. Nonetheless, a merger between the BFI and UKFC has, as Christine Langan, creative director of BBC Films, puts it: “a driving logic to it”.  The UKFC is faced with a 15% ($33m) cut in its lottery funding over the next five years. The BFI hasn’t had a “cost-of-living” increase in its funding in several years. In the eye of the current financial storm, the merger could, as UKFC’s Woodward puts it, protect “film and the film industry from most of the pain that’s heading in the direction of all publicly funded bodies in the next few years”.

Many see the logic behind the creation of a single body. “This can only be seen in the context of whether we believe the formation of the UKFC out of a load of dusty institutions was successful or not. For better for worse, I consider that it was,” says Samantha Horley, managing director of UK sales outfit The Salt Company.

“It always struck me that UKFC having to hand over $26.3m (£16m) a year to the BFI with apparently no parental authority to say “spend it wisely” is a very adverse, even unhealthy setup, and must be incredibly frustrating when your own funding is in constant jeopardy,” adds Horley. “Being already interwoven financially, it seems far more constructive to put them all in the same room to sort it out between them than in separate rooms moaning about each other.”

Arguably, if the merger between the UKFC and BFI can be successfully achieved, the UK might finally have a single, outward-looking public film body that recognises art and industry walk hand in hand.