Why are so many film producers getting into TV? 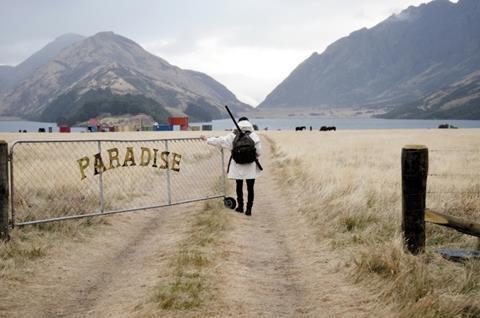 A few years ago during a lunch with an executive from a major Hollywood studio, my host leaned across the table and muttered conspiratorially: “The truth is we are now a TV production house masquerading as a film studio”.

My host’s wry observation was in fact prescient of a wider phenomenon, marking a golden age for scripted television programming. A-list film directors and stars have ditched the historic disdain felt for TV and in line with this trend many producers are concentrating their energies on television production, rather than film. There are a number of factors driving this.

Binge-viewing, first thanks to DVD box-sets and now SVOD, is delivering entire seasons of a series in one shot. Is this having an impact on the appeal of the traditional 90 plus minute feature film? Possibly, but one set of figures published by the BFI is informative; film as a percentage of peak time programming is in decline across all five UK terrestrial broadcasters.[1]

The narrative potential of the protracted story-telling arc seems to have aligned itself with our consumption preferences.  TV producers have also responded by driving up the production values. In the UK in particular, high-end scripted drama appears to have achieved marquee status.

The availability of soft monies to the UK television sector

In 2013 alone high-end television production spend leapt from £50m to £395m. Producers from all over the world are now attracted to the UK, because alongside its world-renowned infrastructure and commercial and creative talent pool, it also has an attractive tax break.

Domestically the banks take a robust view of the credit risk posed by broadcasters such as BBC, ITV and Channel 4. These are entities of substance and longevity and importantly are here - not in some distant territory.

Furthermore even if commissioning agreements may appear to be more favourable to broadcasters when compared to film distribution contracts, in practice lenders take a less analytical view.

This is partly because broadcasters need to fill their schedules, and if a programme is not quite as good as expected, the broadcaster has less of an incentive to reject delivery. In contrast a film distributor is entirely exposed to the box-office. A film with questionable commercial success credentials is therefore far more susceptible to rejection by a distributor, if it can find a suitable get-out clause.

Finally, given the need to fill schedules, if things look like unravelling, a broadcaster has the expertise to step in and take over production. Although this rarely happens, it gives lenders psychological comfort. In contrast a lender to a film production will insist on the additional cost of a completion guarantor.

Another key element making TV productions more attractive are the terms of trade enjoyed by independent producers in the UK. Productions backed by a named writer-producer combo can expect to cover production costs by means of the commissioning agreement, tax credit and a DVD deal; the rest of the exploitation windows are potentially all upside profit. In contrast the independent film market is so tight that it is increasingly normal for film producers to defer some, or all, of their production fee to get their film financed. As to enjoying net profits, that was always the film producer’s chimera.

There is a dawning realisation that TV perhaps enjoys the more rational business model. Investment exposure is more contained and the risks are dispersed in a B2B environment rather than a B2C one.  Will the growth in TV have an impact on the business model for films?

Some of the growth in high-end scripted TV has of course been driven by Netflix and Amazon, with their disruptive SVOD model. The impact of their entry into the production end of the film and TV business is still working itself out but there are signs that, in the same way broadcasters need to fill their schedules, SVOD providers need to fill virtual shelves with product.

The new streaming business is blurring the boundaries between film and TV and both Netflix and Amazon are proving to be enthusiastic investors in new and exciting projects. They may yet provide the basis for a new business model for film makers.