Culture Secretary Oliver Dowden shares his thoughts on the UK’s Global Screen Fund (GSF), the first strand of which is launching next week. 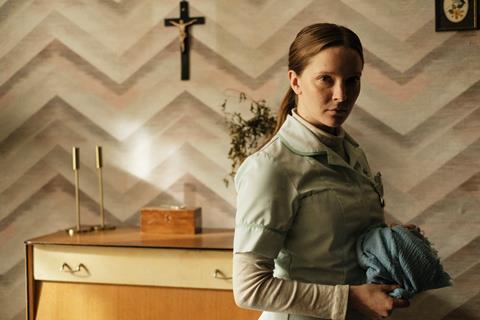 From film to TV, animation to gaming, the UK independent screen sector is a global powerhouse.

Jude Law, Riz Ahmed, Carey Mulligan and Olivia Colman all owe their careers to British-made indie films. These global stars got their first breaks in home-grown productions, rising to become Oscar nominees and winners in their own right. And right now, the toast of this year’s awards season is Rocks - a low-budget independent movie set and filmed in East London.

The UK screen sector is doing this country proud - and we’ll get to celebrate its successes on Sunday night when part of the Academy Awards will be streamed live from the BFI Southbank, in the first-ever Oscars UK-satellite event.

But it’s not just film. We outshine and out-create other nations with our gaming industry, too - with video games like Fall Guys and F1 2020 entertaining millions of people through lockdown.

But this industry is about more than taking our favourite stories and sharing them on screen.  It drives our economy. The UK independent film production sector alone was worth more than £200 million in 2019 - supporting tens of thousands of jobs across the country.

This is great, but I know we can go further.

Now that we’ve left the EU, we can make sure this money goes to promote the best of British storytelling talent on the world stage. So today I’m launching a new UK Global Screen Fund to export our best films, TV, animation and gaming to the rest of the world.

We want to recreate the success of independent films like The Father and Saint Maud, and animations like The Tiger Who Came To Tea. Projects that are dreamt up in bedrooms, workshops and smaller studios, by people who don’t necessarily have the budget to share their work across the world - but who deserve the biggest audience they can get.

Our creative industries have so much potential. Now we’re going to unleash talent from every corner of the UK - whether it’s a Northern Irish filmmaker, an animator from Wales or a video game creator from Scotland.

The fund will support the best of our home-grown talent to export their films overseas, and to co-produce with international partners. It will help them develop more international-facing businesses.

There’s a clear return on this investment. The more we get independent productions shown overseas, the more investment our screen sectors will attract - creating jobs and promoting growth across the country.

You’ll see an impact in towns and cities in every corner of the UK. Whether it’s through using a local heritage site as a filming location for the next Downton Abbey, or building an editing suite in the town centre - we can all benefit from investment in our screen sectors.

We’re making this investment at a time when the UK film industry is booming. Our studios are running at capacity, with demand at an all-time high. We’ve kept the cameras rolling through our £500 million Film and TV Restart Scheme, and supported creatives across the country through our £2 billion Culture Recovery Fund. That’s enabled them to survive. Now we’re going to make sure they thrive after Covid.

Oliver Dowden, Culture SecretaryOliver Dowden has served as Secretary of State for Digital, Culture, Media and Sport since 2020.