Your Beauty Is Worth Nothing… 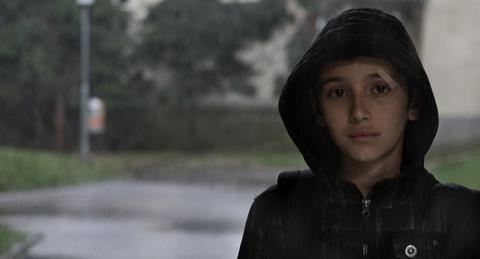 A sweetly engaging film about a child’s view of love set against a tough immigrant backdrop, Your Beauty Is Worth Nothing… (Deine Schoenheit ist nichts wert…) is in the end perhaps too stylised and mannered for its own good, but young screen newcomer Abdulkadir Tuncer is a charismatic lead and the film is imbued with a sense of warmth and compassion.

The contrast between Veysel’s romantic-idyllic imagination and the stark realities of the immigrant community is the strong point of the film.

The film is writer/director Huseyin Tabak’s graduation project from the Vienna Film Academy, and while there is a certain film school student delicacy to some of the camerawork and attempts at magical realism, it is also a film that deserves attention, and could easily fit into other festivals – especially those specialising on youth and human rights. It had its world premiere at the Karlovy Vary International Film Festival.

Twelve year-old Veysel (Tuncer) came to Vienna with his parents six-months earlier, struggles with the language and at home is family is in crisis, with his older brother storming out of their flat after a fight with their Kurdish father (Nazmi Kirik). The only bright spot in Veysel’s life is his love for classmate Ana whom he imagines romancing.

With the grudging help of neighbour Cem he slowly works on a school homework project that involves reciting a poem, in German, to the class. He wants to learn a piece by Turkish poet Asik Veysel (for whom he is named), a love poem that he aims to direct at Ana.

But as he goes about learning the poem – and in dream moments imagines what innocent young love with Ana would be like – things around him impact on his wistful plans. His brother is arrested for drug offences and there are threats about deporting Ana’s family.

The contrast between Veysel’s romantic-idyllic imagination and the stark realities of the immigrant community is the strong point of the film, with Tabak delving into a part of Vienna rarely seen on film. It is a gentle tale, and while the moments of drama are all rather obvious and straightforward, it is young Abdulkadir Tuncer’s performance as the gentle and romantic Veysel that gives Your Beauty Is Worth Nothing… a real sense of warmth and heart.