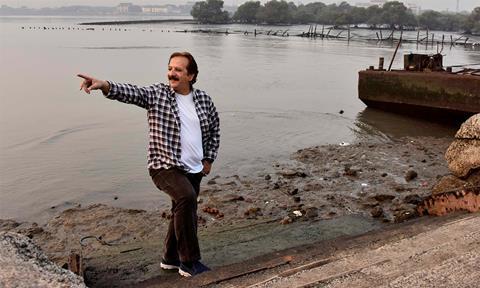 India’s Zee Studios International arrived at the EFM yesterday (February 13) to launch sales on Beyond The Clouds, the first Hindi-language feature from Iranian director Majid Majidi.

Currently shooting in Mumbai, the film is described as a coming-of-age story about the relationship between a brother and sister. Ishaan Khatter heads the cast.

“Majidi has always had a deep appreciation for Indian cinema and culture,” said Zee head of overseas distribution Vibha Chopra, who travelled to Berlin from the film’s Mumbai shoot.

“He told us he plans to show India in a completely different light to the way its been filmed previously. We’ve been stunned by some of the locations he has discovered – they have never been used in Indian films before.”

Zee is co-producing the film with Mumbai-based Eyecandy Films, founded by Shareen Mantri and Kishor Arora, who convinced Majidi to tell his first Indian story. The Tehran-based director has a loyal following in India, where his previous films including Children Of Heaven and The Colour Of Paradise are hugely popular.

The film is scheduled to wrap at the end of March for delivery in autumn.

Zee’s upcoming releases include Secret Superstar, starring Aamir Khan, and a slate of Marathi and Punjabi-language films, including a Punjabi adaptation of Marathi drama Sairat, which screened in Berlin’s Generation section last year.