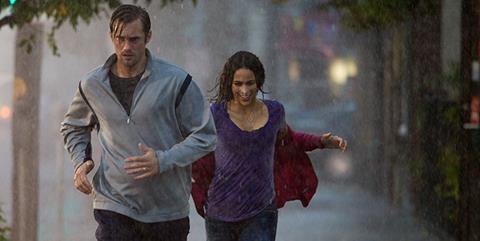 A conventional, multilinear ‘Big Emotional Journey’ is lifted by a finely-honed script and some solid performances in the first dramatic feature by Henry-Alex Rubin, director of the well-received 2005 documentary Murderball.

Photography is inventive – we even get a skateboard cam at one point – and cinematographer Seng’s zoom shots resonate in a film that is about invasions of privacy as much as it is about the populous loneliness of the online world.

Riffing on the theme of loneliness and the difficulties of interpersonal communication in an increasingly connected world, Rubin’s film traces a brace of stories from contemporary America’s wired society, from online sex chatrooms to Facebook pranks, in order to bring out what in the end is a pretty clichéd point about the real human connections that get lost in cyberspace, and the way being permanently online can turn people offline emotionally.

But perhaps it’s still a point that’s worth making – and on a purely technical level, this prestige multiplex number gets a lot right, from the elegant way that its three main story strands are interwoven, to some tasty long-lens cinematography and a soundtrack that connects with the stories on several levels.

Seeing a cast of both established names (Bateman, Davis, Riseborough, Nyqvist) and more off-radar players do the ensemble thing with old-school professionalism is another of the film’s small pleasures. Still, multi-strand drama is a tricky niche and Disconnect could end up seeing as much small-screen as theatrical action.

Ben (Bobo), a sensitive junior high school kid is picked on by two schoolmates who masquerade on Facebook as a girl who’s interested in him; his lawyer dad (Bateman) is too distracted to give his son much time, while mum (Davis) is trying to give him some room to be a moody adolescent. In the second storyline, British actress Andrea Riseborough turns in a convincing performance as Nina Dunham, an ambitious reporter with a local TV news station.

Posing as an interested client, Nina makes contact with teen stud Kyle (Thieriot), who does his stuff on an adults-only sex site. She persuades Kyle to tell his story, which brings her journalistic kudos but leads to complications that are unforeseen by Nina, if not by the audience. The final plot strand, and perhaps the least compelling, centres on a young couple (Patton and Skarsgard) who are going though a rough patch following the death of a baby.

When they discover that they have been victims of online identity theft, they engage computer investigation expert Mike Dixon (Grillo) – a former cop, and father of Jason (Ford), one of the kids involved in the cyber-bullying of Ben – to trace the perpetrator.

There are several points at which any of these stories could take the one-way turnpike to Melodrama, but one of the strengths of Stern’s script is the way this danger is brushed against yet avoided, through some telling character observation and some particularly sensitive third-act wraps to each of the stories: the finale of the Riseborough-Thierriot plot is particularly well handled in this respect. Photography is inventive – we even get a skateboard cam at one point – and cinematographer Seng’s zoom shots resonate in a film that is about invasions of privacy as much as it is about the populous loneliness of the online world.