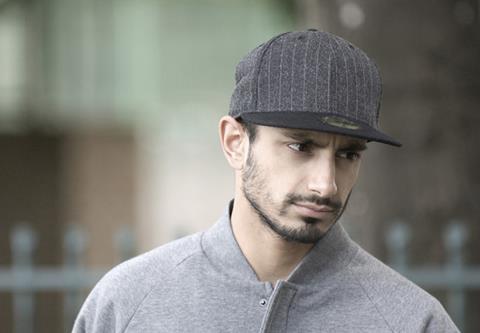 There is no denying the anger, frustration and plain good intentions behind iLL Manors, the bleak and harsh directorial debut for British singer Ben Drew (aka Plan B), but while this angry and grim film offers up moments of gripping drama and some powerful performances, the burden of its ambition ultimately weighs too heavily on its interconnecting series of storylines.

There is an underlying rage and drive that gives it an appropriately uncomfortable edge, and Ben Drew is to be praised for his commitment to make the film happen.

The Plan B connection may well help sales, though the chief selling point will be the film’s eloquent attempt to tackle the tough life facing many urban teens to whom violence, drugs and despair are a way of life. The story may be specific to London, but the backdrop will be familiar to many cities and cultures.

He smartly uses his music as an almost poetic link between the varying story strands, opening the film with the ironic line – “Are you sitting comfortably”. Because if you are, you won’t be for long as Drew takes the viewer into the mean streets of Forest Gate in East London (where he grew up in real life) and into the grim lives of a series of young people.

iLL Manors (no real clarity behind the affectation of the title) revolves around a series of characters who interweave, all linked by Drew’s music. These include genial Aaron (the ever-impressive Riz Ahmed), essentially the main character, who wants to try and do the right thing but struggles to have the courage to breakaway from his environment; thuggish local drug-dealer Ed (Ed Skrein), who forces junkie prostitute Michelle (Anouska Mond) into tricking for him when he thinks she has stolen and sold his mobile phone, and Katya (Natalie Press), who tries to escape her sex traffickers with her young baby.

Some sections work better than others. Aaron and Ed make for an unpleasant pair as they pimp Michelle to a series of shop owners to make money, while Lee Allen is grimly charismatic as gangster Chris, intent on revenge after the killing of his sister.

But there are times when the flitting back and forth of the multiple storylines as well as a series of flashbacks hamper the narrative. It feels like a film that has been tinkered with and re-thought – perhaps with the best of intentions – but eventually leaving it straining under the weight of wanting to pack just too much into its structure.

A poorly staged finale at a pub that goes up in flames feels more like a tacked on soap opera style climax than a natural end to a tough tale, while the whole strand involving Natalie Press as a harassed woman chased around the streets by her sex traffickers is an uneasy fit into the interconnected storylines. Flashbacks to photographs of some of the key characters as small children is supposed to emphasise that they we innocents once and were corrupted by their environment, but it feels clumsy rather than provocative.

There are times when Drew shows a sure hand at direction, and clearly draws some fine performances from his cast, especially those who are not professional actors. Riz Ahmed helps give the films some depth, while Gary Shaw’s impressive cinematography makes the bleak urban streets shine with menace.

Certainly, though, iLL Manors is a film with a message and a passion…there is an underlying rage and drive that gives it an appropriately uncomfortable edge, and Ben Drew is to be praised for his commitment to make the film happen.