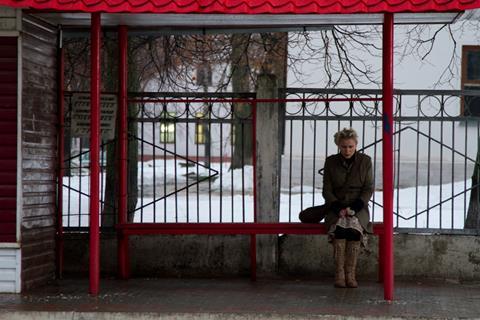 Despair and death are at the core of the bleakly watchable Russian drama Living (Zhit) – though it does rather confirm the clichés about gloomy Russian cinema – that takes three stories and weaves them into a tale of sad journeys and sad endings.

Yana Troyanova is such a charismatic performer that the sad story of Grishka and Anton carries far much more dramatic weight.

Director Vasily Sigarev (who made Wolfy) has a sure hand and draws out some fine performances – particularly from Yana Troyanova as a blonde-dreadlocked young wife – though the film may be just too gloomy for even art house distributors. Living screened in competition at the Rotterdam Film Festival.

The film opens in suitably downbeat fashion as young Artyom (Alexei Pustovoitov) looks out the window to watch a random attack in the street below. He lives with his abusive mother (Anna Ukolova) – who sets the scene by shouting at him “”we didn’t buy you a computer so you’d look out of the window” – and her new boyfriend.

Meanwhile cheerful Grishka (Troyanova) marries her HIV-positive boyfriend Anton (Alexei Filimonov) before he is beaten and robbed by thugs on a train; while the final story follows troubled Galya (Olga Lapshina) who waits in her newly tidy house for her twin girls to be returned from foster care, only for them to die in a bus accident.

The Galya section could almost be a gothic horror tale, while the story of the little boy and his abusive mother offers little to the proceedings. Yana Troyanova is such a charismatic performer that the sad story of Grishka and Anton carries far much more dramatic weight, which seems to be acknowledged with director Vasily Sigarev focusing on her character in the closing scenes.