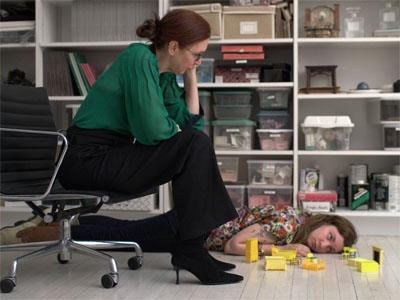 With its dryly witty take on romantic misadventure among Manhattanite hipsters, Tiny Furniture makes its multi-hyphenate creator Lena Dunham seem like the Woody Allen of Generation Y. And while Dunham’s oblique humour and downbeat style is likely in this instance to appeal to a fairly limited twentysomething-centred audience, this deft micro-budget comedy certainly marks the New York writer-director-actor as a talent to watch.

Picked up for most of the world by IFC after it won the Narrative Feature Jury Award at the SXSW festival, the film has already opened well in New York (with $21,235 from a single screen over its first weekend) and should do decent business in other large cities and university towns. It could also perform in international markets with a taste for sophisticated, offbeat comedy.

Dunham, who made her feature debut with Creative Nonfiction, plays bright but aimless 22-year-old Aura, who after four years of college goes back to live in the TriBeCa loft owned by her successful artist mother (played by Dunham’s real mother, Laurie Simmons).

At odds with her pretty and precocious sister (Dunham’s real sister Grace) but re-united with her party girl best friend (a fun turn from first time feature performer Jemima Kirke), Aura takes a depressing job, attempts to make a mark in the art world, and explores her romantic possibilities, with mostly humiliating results.

Moviegoers who are far removed from the mid-twenties disaffection suffered by Aura and her friends may find the mumblecore-style naval gazing and emotional detachment a bit aggravating. But Dunham keeps the film entertaining with an understated, self-deprecating wit and a nice feel for the nuances of romantic disappointment. And as an actress, she has the guts to make Aura look as frumpy as the character apparently feels.