Ever wondered how much the Aries 1B Trans-Lunar Space Shuttle from 2001: A Space Odyssey would set you back? Let Screen be your guide. 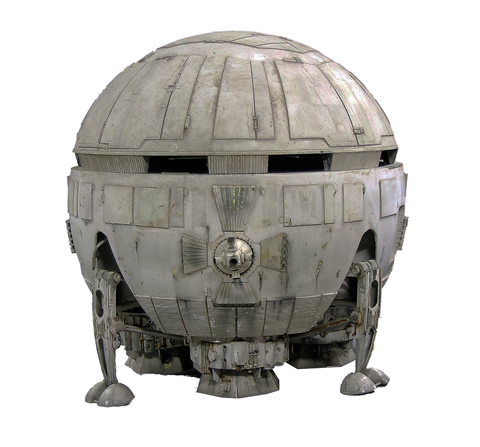 It was immortalised in Stanley Kubrick’s sci-fi classic as the craft that transports Dr Heywood R Floyd from the International Space Station to the Moon to investigate the mysterious monolith.

Audiences watched in awe as a flight attendant wearing velcro slippers performed a 180 degree floor-to-ceiling walk-around and Floyd, played by William Sylvester, endured a lengthy tutorial about how to use the on-board anti-gravity lavatory.

Now the lunar vessel from Kubrick’s 1968 masterpiece is going on show for all to see after the Academy Of Motion Arts And Sciences purchased it at auction.

The Academy paid the princely sum of $344,000 for the Aries 1B Trans-Lunar Space Shuttle at Premiere Prop’s Hollywood Extravaganza Auction on March 28.

In case you were wondering, yes, the model does indeed include the special effects sidebars that fitted into two of the secondary thruster slots and lowered the craft to the platform for landing. And fear not, it also includes all four 76 Mk 14 maneuvering secondary thrusters and lots of other surface detail.

The item comes from the original owner who stored it for more than four decades at his personal studio in Hertfordshire, England.