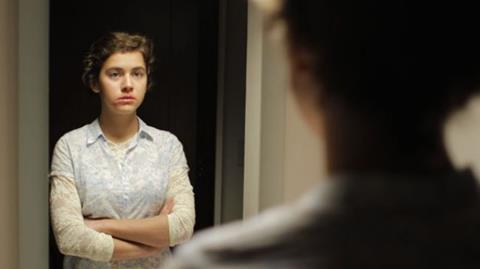 Michel Franco, who after only two features has emerged as one of the finest and most imaginative young directors on the scene, has no use for conventional romantic couples in leading roles. He prefers family members caught up in unpleasant situations. In his first film, Daniel And Ana, criminals kidnap a wealthy teen brother and sister and force them to have intercourse on camera in order to sell the twisted tapes.

The thrust of the film is how each of them faces the dark experience. In his most recent film, After Lucia (Despues de Lucia), a depressed father and his teen daughter set out for Mexico City to begin new chapters in their lives after the death of his beloved wife, Lucia. He, Roberto (Mendoza), wants to eradicate the past; she, Alejandra (Gonzales), wants mainly to help her father and keep him from falling into complete despair.

Both Daniel and Alejandra retreat inward. He clams up, refusing to talk about his ordeal, while sister Ana comes to terms with it. In After Lucia Alejandra becomes more and more introverted once her schoolmates begin bullying her mercilessly. She wants to spare her father the agony of knowing what the others are doing to his daughter, relentlessly. Roberto cannot let go of the memory of his wife. A large man, he is simmering with rage. Unfortunately, this prevents him from noticing the pain his daughter is quietly enduring.

Recorded sex is again at the centre of the film. When Alejandra lets the handsome young Jose seduce her in the restroom, the cocky boy films it, then passes it around, sends it out on the Internet. This marks the beginning of the bullying, but it is some time before Roberto becomes aware of what has transpired and sees the footage. Finally this listless man becomes energized. Not satisfied with a shoddy police investigation after Alejandra disappears at a class beach trip, he decides to take the law into his own hands to exact deserved revenge.

The violence in the film, which is considerable, is always off-screen. Franco opts more for scenes of water—the sea, swimming pools—to add a gentleness to the nasty side of humanity presented here. Both Roberto and Alejandra enjoy some kind of victory by film’s end.

Franco’s validated talent and the unique spin he puts on his unusual subjects add up to good commercial potential in the arthouse market internationally and success at the domestic box office.