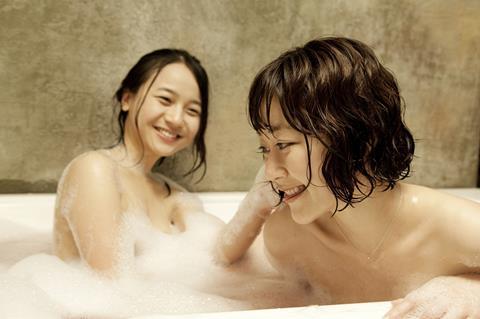 A meandering misfire from So Cute’s Kim Soo-hyun, Ashamed (Chang-Pi-Hae) feels like endless improv, a 129-minute indulgence without any discernable structure. Somewhere near the close, the film’s main characters - two women who spend a good deal of the movie handcuffed to each other - roll around in the mud, screeching at each other. “This is pointness and stupid,” yells one. Indeed.

The actors also have meagre on-screen chemistry, although the airy-fairy dialogue they are given doesn’t help to ground their relationship.

Billed as a lesbian drama, the sex here is tentative, as is much of the plot. Ashamed features the intriguing young actress from Breathless, Kim Kkobbi, in a leading role, but that still won’t carry it to viewers outside the most dedicated gay and lesbian festival circuit.

Framed in elliptical flashback, Ashamed relates the central story of dreamy Yoon (Kim Hyo-jin) and cheeky pickpocket Kang (Kim Kkobbi). It takes a while to get to their relationship, however, as Kim Soo-hyun starts the action out in an art class, with professor Jung (Kim Sang-hyon) preparing an exhibition with one of her students, Hee-Jin (Seo). Hee-jin and Yoon are friends, and soon the professor hires Yoon as a model for a beach-side art project and they all listen to heart-broken Yoon’s reminiscences of her doomed affair with Kang.

If only it were that simple, however. Lengthy underwater shots of Yoon ensue, for some oblique reason to do with the art show. The trio run around on the beach, they buy some booze. Hee-jin relates how she met Yoon, another extended side-bar flashback. Then Yoon and Kang’s meeting, a drawn-out affair involving a pretend suicide and a mannequin, transpires.

The screenplay then leads us to a policeman, the handcuffs, a chef, a pointlessly prolonged interlude in a Chinese restaurant, and a trip to the mountains to meet a monk. We’re now almost 80 minutes into the film and the central affair hasn’t even begun -surprisingly, when it finally does transpire, the director suddenly discovers his editing scissors to make it a brief, almost chaste interlude.

This doesn’t betray any new attitude to pacing, however, as Yoon and Kang are given all the time in the world to break up, torture each other, and even indulge in some primal screaming.

Perhaps if Kim Soo-hyun had depicted the central relationship as more than a whimsical meeting of opposites, he might have carried the audience further, but Yoon and Kang are together for scantest amount of screen time before they break up. The actors also have meagre on-screen chemistry, although the airy-fairy dialogue they are given doesn’t help to ground their relationship.