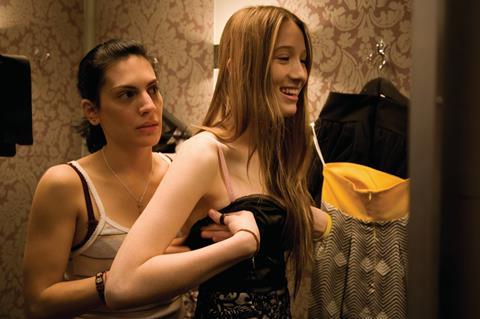 Blessed is a dark, relentless and intensely serious study of errant teenagers and their preoccupied mothers. Finely acted by a large cast led by a jagged, desperate Frances O’Connor, four thematically linked stories are played out on the mean streets of western Melbourne: unhappy mothers mistrust their children, drifting children mistrust their mothers.

It’s a portrait gallery of lost and frightened souls; of cold, fearful hopelessness

Director Kokkinos, known for her sexy, stylised Head On (1998) and The Book of Revelation (2006), works close to documentary realism here, with much hand-held camerawork and a street-weary look. With grim events and strong language, Blessed has strictly arthouse box office potential but will challenge and engage those audiences, particularly female. First shown at MIFF (Melbourne) in July, it opens in Australia on September 10 before commencing an assured international festival career in Toronto.

The film has been well cast by Kokkinos and long-time producer Al Clark (Priscilla, Chopper). Experienced performers such as O’Conner, Miranda Otto, Deborra-Lee Furness and William McInnes share the screen with a range of impressively natural youngsters, including the radiant Sophie Lowe, recently seen in the title role in Rachel Ward’s Beautiful Kate.

The screenplay is derived from an unabashedly political 1998 stage production by the Melbourne Workers’ Theatre in which four short plays by different authors were interwoven into a portrait of local working class life. Andrew Bovell, who later wrote the screenplay for Lantana (2001), was one of the original authors and he has overseen its radical reworking from polemic into a portrait gallery of lost and frightened souls.

The action happens over a single day with the kids first telling their stories and then the mothers adding theirs, an intriguing device which adds much needed complexity to otherwise simple narratives. There is some crossover between the tales — for instance, Bianca’s daughter is in dangerous cahoots with Gina’s daughter — but the links are mainly achieved by experienced editor Jill Bilcock (Romeo + Juliet, Moulin Rouge!)

The quality of the dialogue varies considerably between stories; and fuzzy, tuneless background music doesn’t assist the mood settings as the movie heads directly and inevitably towards its can’t-look-away tragedy.

O’Connor delivers some of the most heart-piercing, bloodcurdling shrieks ever filmed, a triumph of naturalism, a badge of Blessed’s cold, fearful hopelessness. Not a fun night out.