In a crowded awards season, many UK distributors have launched off the back of the London Film Festival, rather than the Baftas, writes Jack Warner 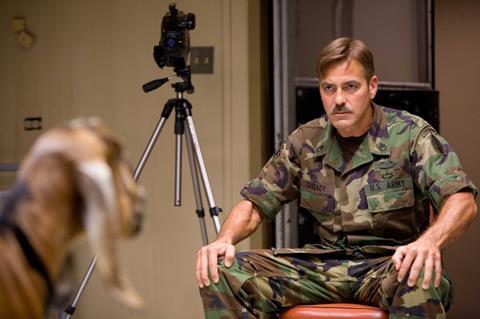 The 2009 awards season saw a tightly packed release schedule in the UK, as Bafta and Oscar contenders battled it out at the box office at the start of the year. The key releases dominated the January line-up and benefited significantly from the attention associated with award nominations. The Reader, Frost/Nixon, The Wrestler and Slumdog Millionaire all opened in early-to-mid January 2009 and experienced either a significant box-office bump-up or a very low drop-off, week-on-week.

Entertainment’s The Reader expanded by around 30% in the run up to the Bafta nominations (on January 15), as did Pathé’s Slumdog Millionaire which expanded for four weeks running and continued to do so after the Bafta ceremony.

“The London Film Festival provided a great launch pad for our awards titles.”

In contrast, this year’s awards season, during which the Bafta ceremony takes place on February 21, is seeing key UK contenders appearing much earlier in the schedule. Well-received releases such as E1 Films UK’s An Education and Pathé-Warner Bros’ Bright Star have already opened, while Warner Bros’ Me & Orson Welles and Icon Film Distribution’s (IFD) Nowhere Boy debut on December 4 and 26, respectively.

This is due partly to the sheer number of films on distributors’ slates. London Film Festival opener Nowhere Boy, which is set to open on around 180 prints, is the first of four awards contenders being released in the UK by Icon. The distributor will then unveil The Road (January 8), Precious: Based On The Novel Push By Sapphire (January 29) and A Single Man (February 12).

“The London Film Festival provided a great launch pad for our awards titles. It was a good opportunity to bring the talent together and support these films,” says Zak Brilliant, IFD’s vice-president of distribution and publicity of the October event. “Our awards line-up sees a debut almost every two weeks in the awards corridor, including Precious a week or so after this year’s [Bafta] nominations.”

It is not only UK titles following this trend. Universal Pictures International’s A Serious Man and Momentum Pictures’ The Men Who Stare At Goats both opened in the UK before the end of November. Both are sophisticated comedy dramas aimed at the upscale UK audience that takes notice of the Baftas.

As Simon Hewlett, managing director of UPI UK, notes: “The London Film Festival was the better platform for A Serious Man. The film is a return to classic Coen brothers, so working with exhibitors to get it in the right arthouse and upscale cinemas was enormously important. We were able to work out the first three or four weeks of release from the November 20 release date.”

The move to earlier in the schedule to use the LFF, rather than Bafta, as a launch pad seems to have worked: Goats has grossed $6.6m from four weeks on release, An Educationhas taken $2.9m after five weeks and Bright Star has taken $1.4m from four weeks. A Serious Man debuted on 50 screens for $500,000 on the November 20-22 weekend and added $400,000 the following weekend.

One release many distributors are steering clear of is 20th Century Fox’s 3D epic Avatar which rolls out worldwide on December 17, debuting on a staggering 1,000-1,200 screens in the UK. Only a handful of films have had a launch of this scale, most notablyThe Lord Of The Rings: The Return Of The Kingin 2003, although additional 3D screens for Avatar could make it the biggest ever launch in the UK.

“Directly competing with a film like Avatar would be difficult. But if [Avatar] is a success then overall cinema attendance will lift and we’ll be looking at a very busy January,” says UPI’s Hewlett.