BFF continues to highlight films containing a strong female presence, behind or in front of the camera. 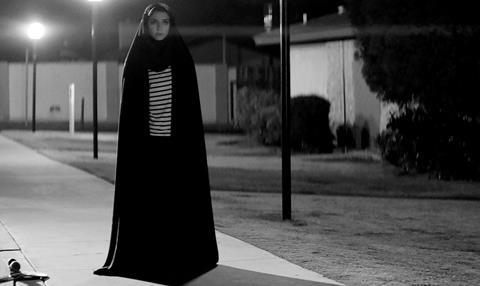 For the second year, the Bath Film Festival (BFF) is using its ‘F-Rating’ to identify films with strong women’s contributions either on or off screen.

The F-rating goes to films that have a female director, writer and/or strong female protagonist.

Nearly half of the Bath programme of features and documentaries carry the rating. Just a few of those this year are A Girl Walks Home Alone At Night, Dukhtar, Grandma, Speed Sisters, and Fidelio: Alice’s Journey.

While celebrating BFF’s 25th anniversary, the organisers note that in the 1991 festival, only one film would have earned the F-rating.

“Our goal is to be a part of all the noise being made about women in film,” Holly Tarquini, executive director of the Bath Film Festival, told Screen. “I’m sick of seeing one kind of story.”

She says there is no analysis yet about ticket sales related to the F-rating, but it does help audiences make informed choices, in the same way a Fair Trade label might inspire a consumer to buy a different kind of coffee. “If that’s important to you, you can make that choice,” Tarquini said.

Tarquini added that the F-rating “is helping to get audiences thinking – and talking - about inequality in the film industry while also highlighting some truly wonderful films which are giving a much fairer share of work to women, in front of the camera or behind it.”

Other organisations and festivals are encouraged to use the F-rating and its logo, and BFF has a marketing kit to share. Interested parties can email holly@bathfilmfestival.org.uk.