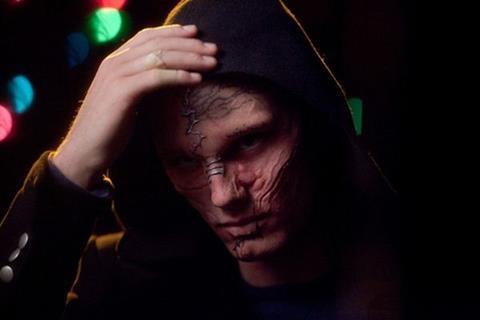 Trite and formulaic, Beastly is a high-school redo of the Beauty And The Beast story that doesn’t offer much beyond its awkward sincerity in the telling of its tale of a shallow good-looking teen who learns that what’s inside is what matters. Alex Pettyfer and Vanessa Hudgens display an earnest sweetness, but the lack of romantic chemistry paired with a generally uninspired tone make this CBS Films entry an inoffensive snooze.

Opening Friday in North America, Beastly will hope to cater to teens who know Pettyfer from I Am Number Four and Hudgens from the High School Musical franchise. But while there aren’t any other romantic fantasy dramas in the marketplace, this meagre offering will probably not have the visibility to survive a busy weekend that includes The Adjustment Bureau and Rango.

Arrogant heartthrob Kyle (Pettyfer) crosses Kendra (Mary-Kate Olsen), an outcast classmate who happens to have magical powers. Consequently, she puts a curse on him that makes him ugly. However, if he can find someone who truly loves him within the next 12 months, the spell will be broken. Toward that end, he falls for a pretty wallflower named Lindy (Hudgens), hoping that she can see past his looks to love him.

Based on the teen novel by Alex Flinn, Beastly stays rather faithful to the Beauty And The Beast fairytale, except that it moves the action to a prestigious Manhattan high school. Unfortunately, director-screenwriter Daniel Bratz displays very little feel for the rhythms of teen life, providing instead a rather generic gloss on the culture of cell phones and social networking that seems inauthentic, just as the Montreal locations fail to adequately substitute for the film’s New York settings.

More problematic, though, is the generally lethargic spirit of the entire endeavour. Whether it’s some of the lazy, broad performances turned in by members of the supporting cast or the painfully predictable trajectory of the love story, Beastly never feels remotely magical, despite the fantasy elements at play.

When Pettyfer dons makeup that makes him a bald, scarred monstrosity, he provides hints of soulfulness that eluded him in I Am Number Four, but he remains a stiff onscreen presence, a slab of handsomeness in search of a personality. Hudgens doesn’t fare much better, unable to elevate her sweet, mousy character into anything memorable. The only performer who comes off well is Neil Patrick Harris as Kyle’s acerbic blind tutor, but even he seems muted by the film’s unengaged, mawkish tenor.

Screenplay: Daniel Barnz, based on the novel by Alex Flinn