Retrospective to include around 20 East and West German feature and documentary films from cinema and television. 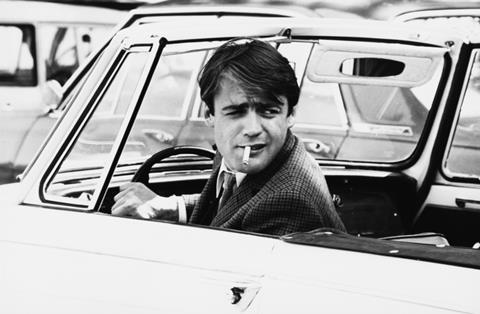 The Retrospective of the 66th Berlin International Film Festival (Feb 11-21) is to be dedicated to the year 1966, a year considered to be a turning point in German cinema.

“The Retrospective 2016 shows the audacious revolt and tentative exploration in a time of transition.”

The strand will include around 20 East and West German feature and documentary films from cinema and television. Additionally, more than 30 films of short and medium length - a typical format at the time - will feature in film programmes and as supporting films.

By contrast, DEFA productions - the state-owned film studio in East Germany - that openly questioned the contradictions of so-called ‘real existing socialism’, were banned and not seen for years or even decades later.

Two such ‘forbidden films’, Hermann Zschoche’s Carla (Karla) and Jürgen Böttcher’s Born in ’45 (Jahrgang 45) will be shown at the Retrospective.

Presenting these films in their censored versions, as they were when they were aborted, as well as how they were eventually released in 1990, will aim to reveal the discrepancy between the two.

As different as conditions may have been, the auteur films from the West and the studio productions from the East have much in common.

The protagonists are drifters, rebels or searchers. Like the dockworker, who roams the streets of Hamburg on a sleepless night (Jimmy Orpheus, Roland Klick, West Germany 1966). Or the rebellious brigadier Balla in Spur der Steine (Trace of Stones, Frank Beyer, East Germany 1966), a film that ran in the cinemas for only three days before it too was banned.

Or Helene Raupe in Fräulein Schmetterling (Miss Butterfly, Kurt Barthel, East Germany 1965 / Germany 2005), who longs for self-realisation. The film was censored and never completed. Using an experimental form, it contrasts Helene’s unadorned day-to-day life and her professional defeats with her fantasy world.

From 1966, the founding of the German Film and Television Academy Berlin (dffb), as well as other film schools, led to a professionalisation of film education in West Germany. As a consequence, young women directors, who went on to shape German cinema, made their mark with their first works.

“It was important to us to include early short films by directors such as Jeanine Meerapfel, May Spils, Helke Sander, Ula Stöckl and the DEFA documentarian Gitta Nickel in our programme”, said Rainer Rother, head of the Retrospective and artistic sirector of the Deutsche Kinemathek.

For the Retrospective, Bertz + Fischer Verlag will publish an illustrated book in German, including essays by renowned authors, as well as historical documents and photos, some of which have previously not been published.

For the first time, the Program Gallery of the Deutsche Kinemathek - Museum für Film und Fernsehen will supplement the Retrospective with a special exhibition, showcasing a wide selection of TV programmes from the year 1966.

The Retrospective film programme will again be complemented by numerous events at the Deutsche Kinemathek. The Museum of Modern Art, New York, has been a partner of the Retrospective since 2011 and will be presenting the films in April 2016.