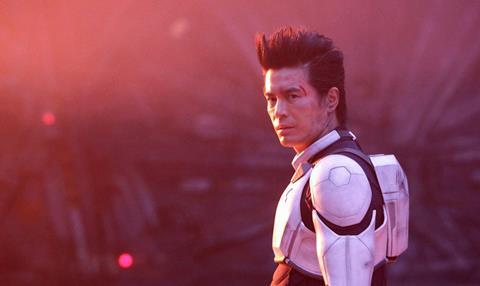 Based on a best-selling manga, the film follows a crew who are sent to Mars to eradicate the cockroaches that were sent up first to make the planet’s atmosphere habitable for humankind. But when they arrive, they discover the ‘roaches have evolved into giant creatures that mercilessly attack humans.

Warner Bros is releasing the film in Japanese theatres on April 29, 2016. Gaga has all international rights outside of Japan, Taiwan, Singapore and Thailand.

The original manga, which is written by Yu Sasuga and illustrated by Kenichi Tachibana, has also spawned original video animations and an animated TV series.

Gaga, which celebrates its 30th anniversary in 2016, is also selling Hirokazu Kore-eda’s new title, After The Storm, starring Abe Hiroshi as a private detective attempting to re-establish a bond with his young son, and Hana’s Miso Soup, directed by Tomoaki Akune, about a young mother battling cancer.