UPDATED MAR 10: A more appropriate title would be hard to find as Warner Bros’ 300: Rise Of An Empire dominated global box office on an estimated $133.9m and pulled off a confirmed $88.8m international launch on 14,740 screens in 58 markets. 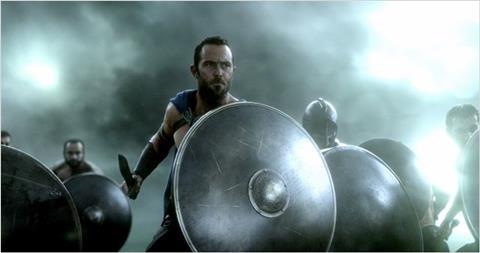 As usual IMAX was in the thick of it as 179 screens delivered $5.2m for a comfortable March record including a new best Saturday in an opening weekend in Brazil. The global IMAX haul reached $12m, the second highest March debut behind Alice In Wonderland’s $15m.

Returning to conventional screens, Russia led the way on $8.8m on 1,441 screens for an easy number one that claimed 45% of the top five market share.

Rise Of An Empire arrived in Brazil on a table-topping $5.8m (R$13.6m) on 795 screens including previews for the biggest March debut and Warner Bros’ fourth biggest result for a 16-rated release.

Further pole positions saw India generate $3.1m on 894 screens to overtake the entire 300 run in two days and set the studio’s third biggest debut and the fourth biggest Hollywood launch, while Australia delivered $2.8m (A$3.1m) from 467 for 51% share and UAE returned an estimated $1.4m from 61 for Warner Bros’ second biggest release and the biggest for an 18-rated film.

The film is scheduled to open in Japan on June 20.

The film will continue to roll out through April in 20 markets, including Australia, China, Italy and South Korea.

Driving the session was a $102.6m number one hold in China for $42m after two weekends and $1.6m in director Jose Padilha’s native Brazil for $11.8m after three. Mexico has generated $7.7m after four and the UK $13.2m through StudioCanal after four. Australia has delivered $6.2m after five. The reboot stands at $220m worldwide.

Pompeii added $5.3m through Lionsgate International from 50 markets to stand at $57.4m. The adventure added $554,400 in Russia through Paradiso for $11.6m and stands at $9.2m in South Korea through Daisy Entertainment, $5.8m in France through SND, $4.8m in Brazil through Imagem, $4m in Italy via Rai and $3.9m in Mexico through Imagem.