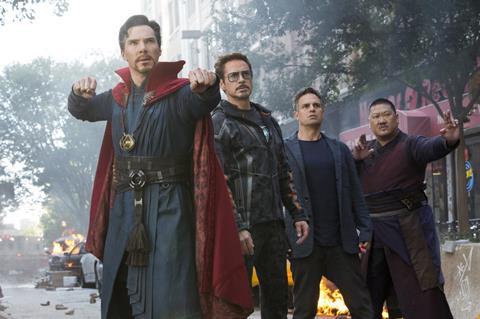 Only Star Wars: The Force Awakens has opened higher on its first day — on $119m. Studio executives said they anticipated an opening weekend in the $225m-$240m, underplaying the film’s chances of overtaking the $247.9m record set by The Force Awakens in 2015.

Disney reached the $1bn milestone in 117, quicker than the previous industry and Disney record of 128 days in 2016.

Internationally, Avengers: Infinity War stands at $175m after three days. The studio will deliver a more detailed update on Sunday.

The major markets still to come are Russia on May 3 and China on May 11.