Off rollercoaster but still reeling

Striking producers, swine flu and the recession have taken their toll on the Hindi film industry this year. Does 2010 look any better? 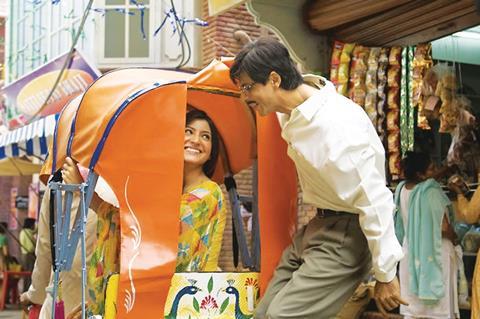 Off rollercoaster but still reeling The Hindi film industry is smarting from a rollercoaster year at the local box office. Producers, distributors, exhibitors and audiences are already hoping 2010 will prove to be more positive and peaceful than 2009.

“Frequenting multiplexes every week, or twice a week, is unthinkable for the majority [of the population]”

Recovering from the shock of the terror attacks in Mumbai in November 2008, audiences began flocking to cinemas in December 2008. The huge end to the year, with two big hits - Yash Raj Films’ Rab Ne Bana Di Jodi and Aamir Khan’s Ghajini - gave 2009 an optimistic start.

By April producers had started an indefinite protest against the multiplex owners. For nine weeks, timed with cricket’s Indian Premier League (IPL), no major films were released.

As the film industry limped back in June and July, recessionary caution and swine flu panic struck western India. Multiplexes closed, audiences shied away from public places and the bottom line suffered, as the Mumbai circuit accounts for about 35% of all India business.

The Indian box office was in serious trouble. The traditional peak release periods of Eid (August) and Diwali (late October this year) releases, reserved for tentpoles, were unable to restore spirits.

The blame for the disappointing year is being put squarely on too great an emphasis from Bollywood producers on stars rather than scripts. In addition, stars’ high fees, combined with mounting production costs, overpriced multiplex tickets and an everincreasing spend on marketing and promotion, are making it harder to turn a profit.

The average big-budget film, with a production budget exceeding $8.5m (rup400m), has a marketing spend of $1m to $1.3m (rup50m to rup60m). Beyond a certain point this only leads to enhanced costs rather than revenues.

“Frequenting multiplexes every week, or twice a week, is unthinkable for the majority [of the population],” says Film Information editor Komal Nahta.

“Eid release Wanted saw a revival of the single screens but didn’t do well at the multiplexes. Audiences are resisting multiplex rates,” explains Vinod Mirani, managing editor of Box Office India. “The three Diwali releases, All The Best: Fun Begins, Blue and Main Aurr Mrs Khanna, have not done very well locally or overseas. The market is in correction.

Proposals are being reworked and star fees rationalised.” Several titles set for the remainder the year could sway the market’s box office fortunes. Rock star aspirations are realised in London Dreams, the first film to emerge from the UK-India production treaty, which opened at the end of October. December sees two comedies go head-to-head, with the release of Shimit Amin’s Rocket Singh: Salesman Of The Year, alongside Rajkumar Hirani’s 3 Idiots.

Looking ahead, 2010 will have a smaller portfolio due to fewer new projects being greenlit in 2009.