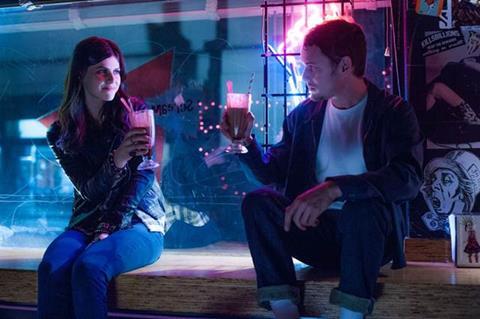 It comes to something when The Hole 3D stands as your late-career benchmark. Alas, veteran US commercial genre director Joe Dante fails to match up even to the eminently attainable standard of that inoffensive 2009 outing in his latest feature, about a henpecked horror-movie-store employee whose former girlfriend comes back from the dead just when he’s found someone else. Burying The Ex is a comedy of the undead that feels as dated as a Rubik’s Cube – in its sexual politics as much as its sense of humour – and not half as absorbing.

This unchallenging divertissement fails mostly because none of the characters are any more than ciphers.

Sure, if you keep your expectations low and treat this as an undemanding Friday-night date movie it may just deliver. What it won’t do, much, is bring in the cult B-movie fanboys that Dante is half-heartedly courting, scattering the film with references to Euro horror flicks and the Roger Corman movies he started out working on, and once again casting legendary Corman character actor and later Gremlins star Dick Miller in a small role. Burying the Ex seems too nervous about losing its crossover appeal to feel remotely cultish, but that wider audience it’s reaching out to is unlikely to rise to the bait of a story that piles cliché on cliché in its quest for US-Shaun-of-the-Dead likeability.

There’s a breezy, freewheeling quality to some of the scenes, to be sure, and the three leads – Star Trek’s Anton Yelchin, Ashley Greene from the Twilight Saga, and Alexandra Daddario from Percy Jackson and True Detective – step up to the bar gamely enough. But we look in vain for the self-confidence, comic sophistication and character development of another recent zombie rom-com, Warm Bodies.

Max (Yelchin) works in a store that sells horror DVDs, movie posters and Halloween-style paraphernalia. He’s in a long-term relationship with Evelyn (Greene), a sexy but shrewish environmentalist whose insistence on hybrid cars and passion for tofu unleash a series of tired and predictable anti-green gags. A slobbish half-brother (Cooper) who somehow manages to attract a series of hot chicks acts as the unreconstructed male ‘devil’ voice of Max’s conscience when the latter begins feeling hemmed in by Evelyn’s increasing alpha-female behaviour, encouraging him to ‘text dump’ her before she emasculates him entirely.

Luckily a cute other woman enters Max’s life – Olivia (Daddario), a family-friendly Goth who runs a horror-themed ice-cream emporium called (sigh) I Scream and who is every geek’s fantasy woman – a hot chick that you can discuss George A. Romero films with. When Evelyn has a fatal accident just before Max is planning to break up with her, the field seems clear for Max and Olivia’s romance to blossom. Except we know perfectly well that we haven’t seen the last of Evelyn, as she and Max had previously sworn undying love in the presence of a scary genie toy in Max’s shop.

When she does come back after having clawed her way out of the grave, she’s not exactly a zombie, just a returnee, whose gradual bodily decay is measured out in old-school festering wound make-up and sticky goo.

Scored by a standard-issue orchestral soundtrack, this unchallenging divertissement fails mostly because none of the characters are any more than ciphers – sensitive geek, controlling girlfriend, slobbish un-PC best friend, and cute, unthreatening alternative chick. And it’s never a good idea to assume that your target audience are all pussy-whipped, burger-guzzling fanboys who can’t wait for the beansprout bitch to get her come-uppance. That kind of lowest-common-denominator gamble has a nasty habit of backfiring.