The ambitious studio has scored one of the coups of the market, beating off intense competition to secure international rights to Martin Scorsese’s red hot upcoming crime drama starring Robert De Niro and Al Pacino. 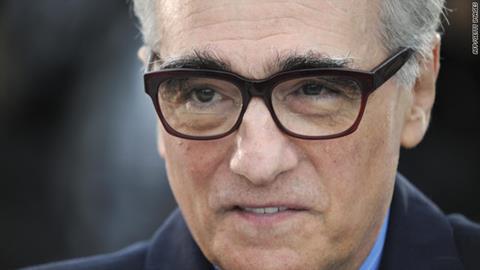 Gaston Pavlovich’s Fabrica de Cine came on last week to fully finance and produce The Irishman, which will mark his second collaboration with Scorsese after Silence.

The film marks a coup for STX Entertainment as it continues to assemble a heavyweight slate for incoming international president David Kosse to worth with alongside president of international sales John Friedberg. Universal and Fox were among the studios bidding for the international piece on The Irishman, and there was interest from several leading sales agents.

Kosse and Friedberg played a key role in bringing in the project. Kosse acquired international rights to Scorsese’s 2013 The Wolf Of Wall Street when he and STX Entertainment chairman of the motion picture group Adam Fogelson were at Universal Pictures.

Paramount holds North American rights to The Irishman, based on Charles Brandt’s book I Heard You Paint Houses, about on the deathbed confession of mob hitman Frank ‘The Irishman’ Sheeran and his role in the disappearance and death of legendary Teamsters boss Jimmy Hoffa.

This would be the first time Scorsese and De Niro work together since Casino in 1995 and the first time the film-maker and Pacino will have collaborated.

Pavlovich said: “We value STX’s passion and belief in this project. Seeing the dynamism of their team, the experience of their senior executives, and their shared vision for creating powerful content, we decided to entrust STX Entertainment with The Irishman as the best possible partner to handle the international distribution for this project.”

“We could not be more excited or privileged to have secured the international rights to this incredible motion picture,” said Kosse. “Fabrica de Cine’s vision and support in putting together this film is incredible.

“Martin Scorsese is one of the world’s most accomplished filmmakers and The Irishman is precisely the kind of premier tentpole programming that will help distinguish STX as we continue to build our studio and especially our infrastructure overseas.”

Pavlovich negotiated the deal alongside Fabrica de Cine’s president of production Manu Gargi, who oversees the company’s US operations.