Caricaturists: The Foot Soldiers Of Democracy 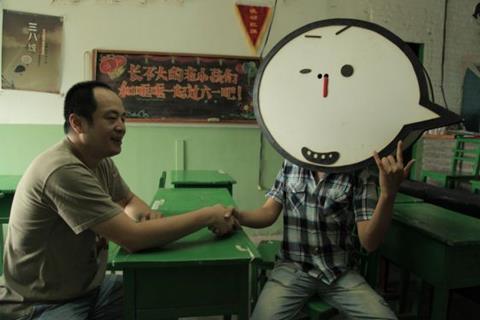 The title says it all. This is much more about the people who draw the caricatures and the role they play in the political life of their country, than it is about the caricatures themselves.  Therefore do not expect too much mirth, satire or humor per se, instead look forward to meet artists who are concerned with the state of the world as it is today and react to it using the language they know best, that of images.

As Israeli cartoonist Michel Kichka points out, the worst enemies of his trade are not the censors but the “politically correct” advocates.

Launched by Paris-based Romanian filmmaker Radu Mihaileanu and Jean Plantureux - better known as Plantu - who has been the political caricaturist of Le Monde for the last 40 years, and who handles narration, the project starts with the premise that democracy is always at risk and must always be fought for. Not only where it is threatened daily by political regimes, be it in Moscow or Caracas, or by religious fanatics but also in countries deemed to be bastions of free thought such as US or France.

Traveling across the world and often having to rely on last minute arrangements to set up interviews to prevent any unwanted intervention, for many of the cartoonists speaking on camera are not exactly the favorites of their country’s governments, director Alloatto put together an extensive collection of testimonies, showing that the much touted about freedom of the press is more fiction than fact, that pressures are brought in from all directions and that in order to be a gifted caricaturist, drawing skills are not enough, you need the courage and stamina to stick by your guns or else go around the opponents and hit them from the back.

As Israeli cartoonist Michel Kichka points out, the worst enemies of his trade are not the censors but the “politically correct” advocates, who are inventing every day another holy cow not to be touched. And the cows vary of course, from one corner of the world to another. Angel Boligan, born in Cuba and living now in Mexico, had been warned from the very first day that he should not touch either the President of the Republic, or the Army of the Virgin of Guadeloupe. Needless to say, these are now his main targets with the drug cartels lately added to his agenda.

When Venezuelan constitution specifically prohibited drawing the face of the late president Carlos Chavez, Rayma Suprani drew a banana with a crown on top and everyone knew what she meant. Mikhail Zlatkovsky, Russia’s best known cartoonist, has been banned, made his living for a while driving a taxi illegally at night, and was reinstated by the TASS agency after perestroika, but only for exporting his drawings abroad to show how democratic Russia is.

He uses the Kremlin towers and walls as burdens on the shoulders of the Russian people and claims he never talks at home about Putin. As for Nadia Khiari, the Tunisian whose “Willis from Tunis” cat has become a household figure in her country, despite the favorable laws Tunisian women enjoy (at least up to now), she prefers to safeguard her freedom of expression by using the internet only, with no editor to tell her what she can or cannot do.

No cartoonist ever was or ever will be liked by everybody. To wit, after all his many years in service, Plantu is still called into the editor’s office to explain the elephant trunk he stuck on the face of a female politician. As Kichka, who is often reviled by both Israelis and Palestinians for his drawings, puts it: “If both sides hate you, it means you have done something right”.

Of course, at the end of the day one can discuss the choice of the caricaturists, editing could be more concise and staying a bit longer on the caricatures, to enjoy them instead of just having a glance, would have helped a lot. But since the format and the approach are distinctly targeting TV markets, no need to worry too much.