UK broadcaster Channel 4 has acquired four films that have screened at Film Bazaar including India’s submission for the Best Foreign Language Oscar. 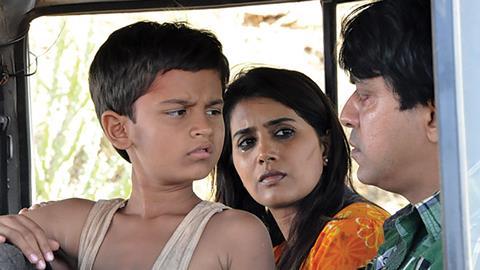 The four titles – The Good Road, Sulemani Keeda, Fandry and B.A. Pass - will screen as part of the New Voices section within Channel 4’s Indian film season in 2014. The season of around 20 Indian titles is screened in two blocks – April and September-October.

“The idea is to make sure we cater to a wider Asian audience, so we would have a commercial movie like Zindagi Na Milegi Dobara screening alongside a Celluloid Man,” said Channel 4 Indian film programmer Nasreen Munni Kabir.

“These are young, new generation film-makers who will not get mainstream studios’ distribution support. The only downside is that sub-titled films play late at night [after 11pm] but people mostly record and watch at their convenience.”

Gyan Correa’s The Good Road is a Gujarati-language road movie revolving around three groups of people travelling in the Rann of Kutch and is India’s submission for the Best Foreign Language Oscar.