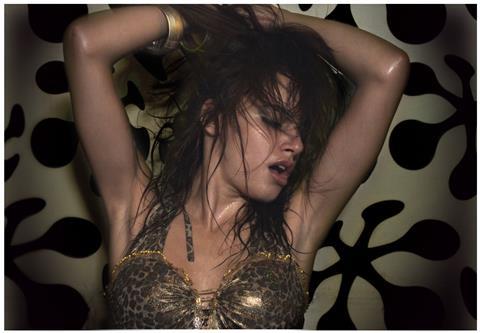 Brimming with energy, anger and a sense of youthful frustration, Serbian film Clip (Klip), which had its world premiere at the Rotterdam Film Festival, will court controversy due to its young teenage cast and sequences of highly explicit sex acts. It is a film that will divide opinion, but it is also one that demands attention.

Pleasure and pain entwined as she pursues what passes for love in such a brutal and uncaring environment.

Of course, teenage angst is a subject matter much beloved of filmmakers, but writer/director Maja Milos shows a lot of courage with this bleak and harsh story of teenage self-destruction, with the sense of hopelessness amongst the young generation in Serbia the backdrop. Festivals appreciative of its boldness will support Clip, though its raw sexuality and slightly uncomfortable voyeuristic nature may make the film a hard sell to distributors. The film screened in the Tiger competition section.

Maja Milos sets the film’s context right from the first scene. Sixteen year-old Jasna (an impressive Isidora Simijonovic, who was 14 when filming started) talks straight to her mobile phone camera, responding to the sexual come-ons for 18 year-old Djole (Vukasin Jasni) who she is in love with.

She lives at home with her parents (Sanja Mikitisan and Jovo Maksic) and younger sister, but avoids taking part in family life as a way of dealing with the fact that her father is seriously ill. Her only real interests are her posing for her mobile phone, getting drunk her friends and pursuing Djole.

She gradually comes to terms with her father’s illness and is part of family visits to the hospital, though her real moment of humanity comes when via the school she visits a care home for young children and is drawn to young Stana (Miona Denisijevic), who she is mortified to find out may not have young to live.

But despite – or maybe if perhaps – of her brushes with the flimsy nature of life she is soon back pursuing Djole at virtually any cost, with pleasure and pain entwined as she pursues what passes for love in such a brutal and uncaring environment.

This, though, doesn’t alter the sense that scenes – and there are plenty of them – of Isidora Simijonovic stripping and writhing in her underwear as she poses for the ever-present mobile phone (filmed either by herself or friends) are uncomfortable. But what saves the film is that it dives headlong into the brutal, unpleasant (the young guys are all rather nasty and characterless individuals) and desperately sad world that may be facing young Serbs as they try and fit in at all costs and become personalities that can deal with their circumstances around them.