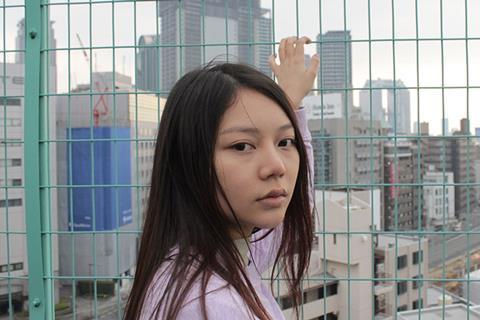 Present day Osaka is a melting pot of hopes and dreams; the meeting hub of a multitude of individuals from Japan and from all over wider Asia who have migrated to the city to make a life for themselves. And at times, it feels as if this overstuffed, multi-stranded drama is trying to cram every single one of them into its two-and-a-half-hour-plus running time. But although the sheer numbers of characters and stories means that none are explored in much depth, this mosaic portrait of a city has a pacy energy which maintains audience engagement.

This is the eighth feature from Malaysian-born, Osaka-based writer and director, Lim Kah Wai, who, with films such as Magic And Loss and New World, has repeatedly mined the theme of outsiders’ views of countries not their own. The pan-Asian approach of this film, which touches on kinship and differences, racism and the pressures on migrants, should ensure that it connects with audiences across the region at further festivals and showcases. Yet with its thumbnail sketch stories, the picture might find it harder to claim the attention of audiences further afield; particularly those without shared cultural references.

The discovery, and subsequent police investigation and television reporting, of the skeletal remains of a woman in a home in an Osaka neighbourhood is a thread which is woven through many of the disparate stories in the film. It’s a neat device, both tying together the vignettes and, rather ominously, suggesting that lives can closely co-exist but still not be missed when they are snuffed out. One such life is Iida (Jakujaku Katsura), the neighbour of the woman who died, who buffers himself against loneliness by hiring his services as a ‘middle-aged man for rent’ to anyone needing odd jobs done.

In the same neighbourhood, Mimi (Nang Tracy), a student from Burma, is working two part time jobs and fending off the attentions of her boss in order to pay her school fees. She works alongside Nam (Lien Binh Phat),who is desperate to return to Vietnam to visit his sick mother but is told that his contract forbids him from leaving Japan for three years.

As with any itinerant community, sex is currency. Four Korean prostitutes arrive in town with their pimp; a Taiwanese porn-obsessive (played by Tsai Ming-liang’s regular collaborator Lee Kang-sheng) barely seems to leave a sex shop and Mayumi (Manami Usamaru), a Japanese girl from out of town, is nearly hustled into acting in a porn movie and then, having extricated herself from this, tries and fails to make big bucks as a night club hostess. On the more romantic end of the sexual spectrum is Nepali refugee Mousan (Mousam Gurung), who is having an endearingly tender affair with neglected married woman Yoshiko (Makiko Watanabe). There’s a lot going on, even before we get to the Malaysian businessman, the Chinese tour group and the bi-racial man who works in a car park.

While the music choices tend to keep the tone of the film chipper and upbeat, the cinematography paints a more interesting and textured portrait of a city which is not always kind to its residents. Osaka, however, is the most complex character in the film; elsewhere there are a few too many cultural stereotypes. There are also missed opportunities: a shared meal, for example, between a Chinese tourist and a Taiwanese visitor, which is entirely taken up with a discussion of the respective merits of Wechat and Facebook, feels like time which could have been more productively spent.