The Commission wants to make it easier for us to enjoy Europe’s rich cinematographic culture online, but its proposal may put that richness in jeopardy, argues Reed Smith film finance partner Michael Maxtone-Smith. 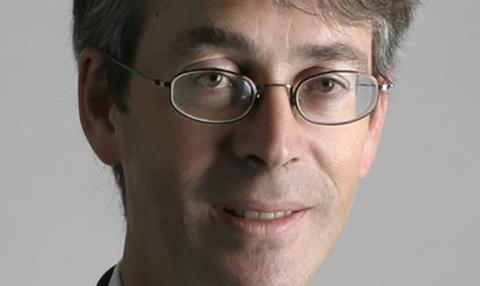 Jean-Claude Juncker spoke in 2014 about the Commission needing “the courage to break down national silos in copyright” to facilitate cross-border online access to content. The demolition has started small, with the impending imposition of mandatory portability that will mean I can watch my UK online VOD service on holiday in France.

The Commission is however still considering the bigger issue of cross-border access (ensuring content available online in one member state is available in all, with no “geo-blocking”). Its December 2015 Communication promises proposed measures around the middle of 2016, but is more nuanced: “The ultimate objective of full cross-border access…across Europe needs to be balanced with the need to ensure viable financing models for those who are primarily responsible for content creation.”

That is a bit like saying “I want squares, but recognise they might have curves”, because the distribution and financing models for film and television are, for good reasons, built on territorial exclusivity. The audiovisual industry has lobbied hard and is hoping that, having imposed portability, the Commission will quietly retreat on the issue of cross-border access. But what if it doesn’t?

The marketing position of the large multi-nationals, who will be the only likely bidders for pan-European rights, will be enhanced.

Territorial distributors will be unable to compete, and many may go out of business. Their specialist expertise in their territory, about what content is commercially attractive there, and how to “localise” (through dubbing, subtitling and re-editing), market and sell it to end-users, may be lost or dissipated. The multi-nationals may be less inclined to invest on localisation, particularly for less affluent or populated territories.

It will therefore be more difficult for producers to obtain financing. Presales are the cornerstone of this, not just because they provide a receivable that can be lent against, but because they demonstrate the commercial viability of the project and make it a credible investment for equity-financiers.

Presales will be harder to obtain at the right level, because granting online territorial exclusivity will not be an option and the big players will have a more dominant position. That will be particularly true of niche films that do not have an immediate pan-European appeal. This may result in fewer productions, and a consequent loss of jobs in and around the sector (and of tax revenue). Independent European films and cultural cinema might almost disappear.

Not only may consumers therefore have less to watch, but they may end up paying more. A film might be available only through one service and priced at the highest market value: so an Estonian might only be able to access it in English at UK market prices, rather than an Estonian-subtitled version at Estonian market prices.

There will be legal nightmares too, particularly as any initiative is likely to apply to content that is already in circulation and not just to new productions. The draft Regulation on Portability renders unenforceable contracts which run counter to the Regulation, and the Commission would probably adopt the same approach on cross-border access. But the audiovisual industry is international, and a vast number of contracts with producers, distributors and rightsholders are governed by the laws of non-EU jurisdictions, particularly California.

The Commission might be able to stop these contracts being enforced in the EU, including by injunctions preventing exploitation, but it cannot stop them being enforced and damages ordered in other jurisdictions.

Freedom of access may seem at first glance to be attractive – who isn’t instinctively in favour of freedom? – but a closer scrutiny shows the audiovisual industry and its consumers are likely to be worse off because of it.

I think I prefer curves to squares.