Competitive incentives change the US landscape

The US worked up production incentives relatively late. But with the majority of states now offering schemes, the competition is benefiting producers. By John Hazelton 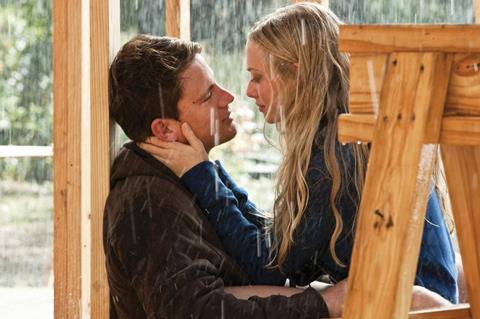 The US may have entered the soft-money game a bit later than territories in Europe and elsewhere, but with one or two exceptions tax incentives for film production have been a hit in the Western world’s biggest film-producing nation. For the 40-plus US states which now have programmes, incentives have produced an influx of economic activity and new jobs.

And competition among the states offering incentives has given US producers, who once almost habitually crossed the border to shoot in Canada, plenty of reasons to stay at home.

“You’re levelling the playing field and therefore creativity and geography and the elements that go into the look and feel of a production become important,” says Vans Stevenson, senior vice-president of state government affairs at the Hollywood majors’ trade body the MPAA.

Smaller independent producers are benefiting in states such as Oklahoma (which hosted Michael Winterbottom’s The Killer Inside Me), South Carolina (which saw Lasse Hallstrom’s Dear John) and Washington (where Colleen Patrick’s The Whole Truth shot). Incentives in those states may not be as generous as in New York, California and Michigan but the money is delivered quickly in the form of a rebate. “For an independent producer who doesn’t have all their money in place, that’s a great thing,” suggests Joseph Chianese, senior vice-president at production planning company Entertainment Partners.

Banks will now lend against some of the longer established refundable credit or rebate incentives and specialised lenders can be found to cashflow other types of tax credits.

With insurance backing, “the pool of lenders [against incentives] would expand to include the more traditional banks,” says Robert Darwell, head of the transactional entertainment, media and technology practice group at Sheppard Mullin Richter & Hampton.

Whether US state incentives are stopping US projects from going to shoot on other continents is more debatable. Producers and financiers point out that factors such as the cost of travel, exchange rates (the US dollar has risen 15% against the euro in the last year and 8% against the UK pound), differences in labour costs and simple cultural familiarity can often be just as important as a comparison of incentives when it comes to selecting global locations.

“The incentives in certain [US] states are quite aggressive and work quite well,” says Ricky Margolis, vice-president of Future Films USA, an offshoot of UK-based financier Future Films. “But it’s relatively rare that somebody’s having to weigh up shooting in Louisiana, for example, against shooting as a European co-production. Once you get down to the nitty gritty of working out the project, you realise certain projects are more suitable for certain locations than others.” Neither do the state incentives yet seem to have produced a big increase in inward investment into the US. The state programmes are tapped by a steady stream of smaller productions from countries such as India, Nigeria and China. But significant European-backed projects are a rarity, and those which do come to the US to shoot usually do so because their scripts are set partially in the country.

Inward investment might rise, finance experts suggest, if the US as a whole or some of its individual states had co-production treaties with other countries. That way, non-US producers could access US tax-credit programmes without jeopardising their home-country incentives. Though some members of the US industry have quietly lobbied for such treaties, none have ever been signed.

Treaties or no treaties, competing directly with incentive programmes from other countries may soon become more of a priority for US state governments and film commissioners. The rise of the dollar against European currencies has recently made shooting in, say, Germany, France or the UK more feasible for US producers. And within the American continent, a new Mexican incentive aimed at foreign projects and upgraded Canadian programmes are trying to lure producers across the southern and northern borders of the US.

“Canada is incredibly competitive at the moment,” says former Miramax executive John Hadity, now president/CEO of finance consultancy Hadity & Associates. “I’m not aware of anybody that doesn’t at least do a comparable budget for somewhere in Canada to compare with a New York or Louisiana budget.”

Extracted from Screen International’s Global Guide to Soft Money 2011. The downloadable PDF report is provides a comprehensive and detailed overview of the leading financial incentives for film production in 19 territories. To purchase visit http://softmoney.screendaily.com/