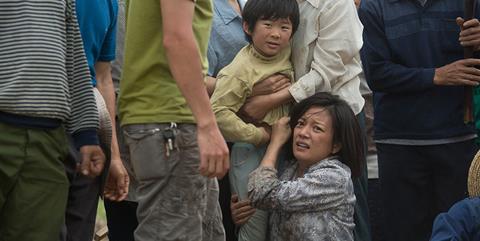 An epic melodrama that hits all of the right emotional buttons, Peter Ho-Sun Chan’s Dearest (Qin’ai de) treads familiar territory as it tackles the traumas of a divorced couple who are reunited in grief when their child is abducted. Based on a true story, the film’s thriller elements may help it find a distribution home - as well as solid performances and Chan’s acknowledged filming skills - though in the end it is rather disjointed and too extended to work completely.

Where the Dearest (Qin’ai de) does succeed, though, is in bringing it into sharp focus the issue of child abduction in China, and how those parents looking for help and support can be exploited in a cold and calculating manner.

The lush sense of melodrama, though, may help its local release - where the film’s star quota will make a big difference - which will be staged after screenings in Venice and Toronto.

Tian Wen-jun (Hunag Bo) and Lu Xiao-Juan (Hao Lei) have joint custody joint custody of their young son Tian Peng, but when Wen-jun is distracted by a fight in the small convenience store he runs in Shenzen, near the border with Hong Kong, the boy - nicknamed Pengpeng) runs of to play with friends, but doesn’t return.

So begins a heart-rending trauma that lasts for years as the divorced couple are brought back together in their attempts to track down their child who appears to have simply vanished.

Frustratingly this solid basis for a compelling film drama - separated couple brought back together by shared grief and a mission to find their child - is hampered by Zhang Ji’s well meaning script which layers in too many tangential characters, presumably as he seeks to stick closely to the real-life story.

Where the Dearest does succeed, though, is in bringing it into sharp focus the issue of child abduction in China, and how those parents looking for help and support can be exploited in a cold and calculating manner.

Huang (who starred in local comedy hit Lost In Thailand) makes a great transition into more dramatic fare, while Hao, as his former wife, is equally impressive and gives a gently moving performance that will strike a chord with audiences.