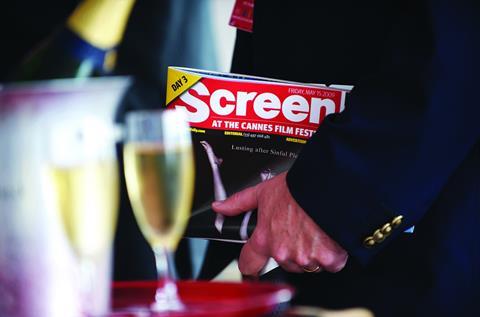 The changing face of distribution was the talking point of Cannes as buyers and sellers tried to assess how traditional revenue streams could be sustained or replaced in a not-too-distant future. Early on in the festival, Screen International gathered a group of industry players from different skillsets, backgrounds and countries to discuss some of the issues in play.

“We can’t afford to be in the straight-to-digital business. The cost of the film dictates that you have to have a theatrical release”

The event, held at L’Atelier Renault on the Majestic Beach, was hosted in association with en2go international. The California-based company develops next-generation software applications and was in Cannes to preview its newest innovation, the Flyxo HD delivery platform.

Kicking off the debate was sales veteran Thomas Mai, in Cannes to launch start-up online sales venture Festival Darlings which aims to sell films directly to consumers via the internet after a festival platform. “The traditional model of putting a film in theatres is very expensive,” he said.

“In the past it was always okay because the minimum guarantee was good from a producer’s point of view, but now the traditional distribution model is in trouble because pay-TV and DVD are no longer subsidising theatrical distribution.”

With online distribution in its infancy, Mai plans to maximise opportunities for producers. “The gatekeepers in the old days controlled everything, but with new technology there are no more gate­keepers. Everybody can get their film out. It’s very democratic.”

Independent producer Effie Brown, whose credits include Rocket Science and Real Women Have Curves, agrees. “A lot of people are shut out [of the current system] and that’s what’s nice about digital distribution. The idea of digital distribution is empowering to a producer.”

However, for big-budget films there is no substitute for the theatrical platform as the driver of an ancillary locomotive. Bob Hayward, COO of Summit Entertainment, which produces, distributes and sells large-scale US movies such as Knowing and the Twilight franchise, says: “There is no way we can afford to be in [the straight-to-digital] business. The cost of the film dictates that you have to have a theatrical release. There’s no alternative to theatrical distribution for Twilight, it’s the foundation for the distribution campaign.”

Jonathan Sehring, president of New York-based distributor IFC Entertainment, recognises that for Summit, theatrical is critical. However, he argues IFC’s business model ― of releasing films to theatres and video-on-demand at the same time and tens of films a year direct to VoD ― works for smaller independent and foreign-language films.

Indeed without the heft of a traditional theatrical release, smaller films can still attract audiences. Sehring cites the example of Joe Swanberg’s Alexander The Last. “We had a world premiere at South By Southwest, a day-and-date release on VoD, and now we are at 25,000 transactions on VoD.

For movies like Alexander The Last, which would never otherwise receive any distribution, that’s pretty good.”
Other distribution alternatives are also available, says Teun Hilte of European digital distributor Content Republic, who cites the digital exhibition outfit Rain Networks in Brazil. “Twenty to 25 people might say they want to see the film through social networks ― they can suggest the following Thursday for example at 8pm. They pay for their ticket with their credit card, the cinema downloads the film, prints off the poster and starts selling tickets a few days in advance.”

Chris Hyams, co-founder and CEO of B-Side, is pioneering a fresh approachto distribution. He skips traditional theatrical distribution and instead gives others the opportunity to organise screenings at festivals, in theatres, university cinemas, bars and other such venues. “We allow anyone that wants to screen the film to do so, they book the film and screen it and we let them keep 100% of the revenue.”

B-Side’s revenue comes from other streams. For Super High Me, a documentary which follows US comedian Doug Benson on his quest to study the effects on the human body of smoking marijuana for 30 days, the company spent $8,000 on the entire campaign and worked with a series of marketing partners, including 200 film festivals and magazines such as High Times to drum up interest. The documentary screened theatrically 1,500 times and has gone on to sell 1.6 million DVDs.

Hyams credits the media with generating interest in his films ― but Sehring raises concerns about newspapers and magazines that are cutting down on reviews and letting go of critics. “We utilise the theatrical and are really reliant on film critics and festivals, and we also work with online bloggers. We’re nervous about film critics going out of business.”

The disappearing critic is not the only concern. While the film industry needs to monetise at every opportunity, how will it fare with the potential collapse of DVD? Will another form of income stream replace it?
Hayward does not think so, certainly for big-budget movies. “It’s not about how you replace existing windows. VoD through the cable system is worth more than pay-per-view was and it is now very established,” he says. “We’re seeing more and more of the studios going day and date on VoD and DVD, but you have to be respectful to the major circuits. Video is four months after US theatrical.”

Piracy also has a significant role to play in falling revenue streams. Gary Michael Walters, co-president of Los Angeles-based production company Bold Films, thinks the problem is chronic. “I look at Google and Microsoft and they’re facilitating this widespread theft. No-one goes on ­YouTube to look at the home page, they go on it to look at the content. The technology enterprises are creating vast profits.

“I’m not saying we should apply product liability law to these technology enterprises ― there’s no way to do so. There’s no way it’s cost-effective either to chase Joe Schmoe for $3.99. But part of the solution has to come from the technology companies. We use the internet for marketing, we have special fansites and it ­creates awareness, but we need to tackle the central problem.”

Some believe there is no solution for piracy and declare it an unwinnable war. Mai puts this down to the fact people want choice ― they want to consume when and where they want. “If people want access, they will get access,” he says.

Liesl Copland, now an agent in the independent department at Endeavor, has plenty of experience of what audiences want, from her previous role as head of Netflix’s distribution outfit Red Envelope. “If you don’t meet the consumer where they want, they’re going to get it anyway ― we’re living in an age of entitlement. The attitude is, ‘If you’re not giving it to me, I’m going to figure out a way to get it.’

Sehring believes the issue is pricing. “If the marginal distribution cost is being driven to a minimum number, then you have to price the marginal cost of selling your product to a correct number.”

In a global recession, he thinks companies need to focus on how to survive.

“I think we’re going to see a lot of con­solidation, a lot of strategic alliances, mergers and stepdowns. There are going to be fewer movies made.

It’s good for buyers to have fewer sales companies, it’s good for financiers and distributors ― but not for producers.”

One of the companies zoning in on new content-delivery platforms and seeking partnerships is en2go. “One of the reasons we’re here is because we’re creating a technology for a wireless stream,” says Christine Marie, the company’s co-founder. Ted Cohen, its chief strategy officer, adds: “We created en2go to create a high-quality streaming experience ― it’s Blu-ray quality, not YouTube quality.”

Another survival strategy suggested is to link film content with branding. This has been the subject of numerous experiments but has yet to take off.

Hyams believes big brands are desperate for content. “People want content so they can get advertising. If you make an alliance with brands, maybe movies could be free and you could still make money.”

Hilte concludes: “Twilight doesn’t need to be part of anything, it’s a brand in itself. It’s the lesser-known content that doesn’t jump out at people that will benefit from being branded.”