The LA-based company has acquired North America and most international rights to the Chilean mine collapse survival story and will channel the US release via its Warner Bros output deal on November 13. 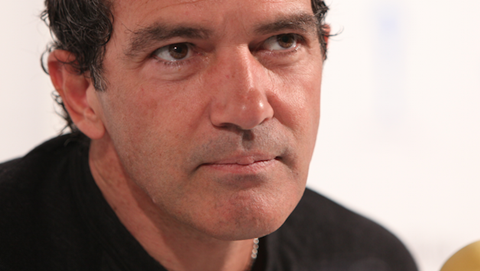 Warner Bros will distribute The 33 across the bulk of international markets. Good Universe, whom lead producer Mike Medavoy initially hired some time ago to sell international, continues to service the closed deals.

Fox International holds Latin American rights and will kick off in Chile on August 6 to mark the fifth anniversary of the San Jose mine collapse that took place in the Atacama Desert in the north of the country.

Chinese distribution will be set by Alcon and Alan Zhang, the film’s Chinese executive producer who invested in the project.

The 33 is based on true events surrounding the 69-day ordeal of a group of mostly Chilean miners trapped more than 200 stories below ground in 100 degree heat. As the world watched, every miner was eventually rescued.

Banderas plays Mario Sepulveda, the miner who became known as ‘Super Mario’ for his role as the leader of the group of 32 Chileans and one Bolivian stuck in the mine.

Medavoy, who lived in Chile for 10 years, developed the project in co-operation with the miners, their families and rescuers and produced alongside Robert Katz and Edward McGurn. Carlos Eugenio Lavin and Leopoldo Enriquez served as executive producers with Zhang.

The film shot in actual working mines in Colombia and Chile and was the first international production to benefit from Colombia’s Law 1556 production incentive.

“We don’t acquire many films, but we’re particularly excited to bring this incredible true story of perseverance and the strength of the human spirit to audiences around the world,” said Alcon co-CEOs Broderick Johnson and Andrew Kosove.

“Few events of this kind have captured the attention and sympathies of people around the globe as this one did, and the huge emotional ride we all took as the rescuers struggled to free the miners is captured beautifully in this wonderful film.”

“It’s wonderful to tell a story about a major incident like this that ends well,” Medavoy told Screendaily. “I like the guys at Alcon and am very happy to work with them and their relationship with Warner Bros.”

“There are exceptional elements to this film in the performances and its technical aspects,” said Hangman Films founder and CEO Katz. “We’re so happy that Alcon and their partners at Warner Bros are on board and cannot wait for this film to reach the wide audience it deserves.”

Medavoy brought the project to Alcon. Alcon COO/CFO Scott Parish and Scott Edel of Loeb & Loeb brokered the deal for Alcon with Bruce Tobey of O’Melveny & Myers on behalf Medavoy and Phoenix Pictures.