The distributor has picked up North American rights to Rob Zombie’s horror film that premiered recently in Sundance. 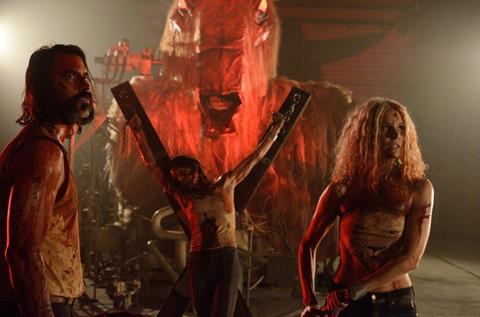 31 stars Sheri Moon Zombie, Malcolm McDowell, Jeff Daniel Phillips, and Meg Foster in the tale of carnival workers who are taken hostage in an abandoned compound where they face a violent fight for survival against a gang of sadistic clowns.