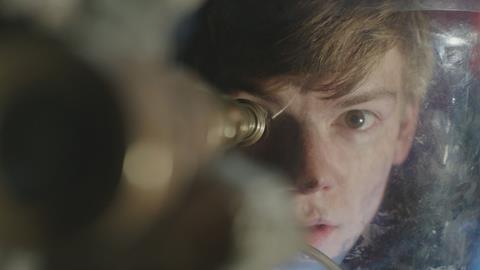 British filmmakers Jamie Stone and Felix Massie have taken the top awards at Encounters Short Film and Animation Festival, making it the first double British win at the festival.

Stone, a Screen Star of Tomorrow in 2012, took the Brief Encounters Grand Prix Award for his short film Orbit Ever After for its ‘creative ingenuity, inspired casting, humour, clarity of storytelling and poetic ending’.

Massie, a Star of Tomorrow in 2009, won the Animated Encounters Grand Prix Award for In the Air Is Christopher Gray.

The films now qualify for Oscar nominations. Stone’s Orbit Ever After was also named as the festival’s Short Film nominee for the European Film Awards 2013.

The Best Of British animation award went to Anomalies by Ben Cady, with the live action award going to Rosemary Jane, directed by Carolina Petro. Both now qualify for BAFTA nominations.

In the festival’s 90 second film strand, DepicT!, Ninian Doff’s Cool Unicorn Bruv won the Audience Award and the DepicT! 13 Award, the first time the audience and jury have both chosen the same winner.

The five day festival ran from September 17-22, having moved from its November slot in 2012.