CineLink: Creators reveal how they made Netflix's hot new pick-up 'The Paper'

Director Dalibor Matanić and producer Nebojša Taraba came together with Keshet International’s Paula McHarg to reveal how their hit Croatian TV series The Paper became a global phenomenon and sold to Netflix at a CineLink Industry Talk on August 13. 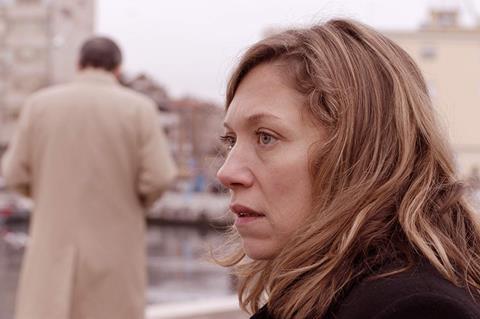 The Paper is a gritty political crime thriller about an independent newspaper in Rijeka, Croatia’s third largest city after Zagreb and Split, a port city known for the liberal leanings of his citizens. Written by renowned Croatian author and journalist Ivica Djikić, the 12-part series is populated by characters from the worlds of journalism, politics and the church.

“We wanted was to explore and understand the events and social shifts that destroyed journalism in our country,” said director Dalibor Matanić, whose credits include The High Sun which won the Un Certain Regard prize at Cannes in 2015.

The cast came from throughout the Balkan region, led by Serbian star Branka Katić , and supported by a ensemble of top-tier of Croatian TV actors.

The first series premiered as part of Sarajevo Film Festival’s Avant Premieres and then aired on HRT in 2016.

The Tel Aviv, London and Los Angeles-based sales company Keshet International then picked up The Paper when the company’s COO Keren Shahar saw it at TV industry event, the New Europe Market in Dubrovnik the same year.

It was the first TV series from Southeast Europe Keshet had bought.

“Keren was blown away by what she saw,” said Keshet’s senior sales manager Paula McHarg. “She came back and shared the screeners with the sales team, and about two months later we had the acquisition contract signed. We launched it at the next MIPCOM.”

The series explores the fine line between morality and corruption and fit squarely into the “edgy mainstream” remit in which Keshet was interested. “Something has to be commercially appealing but also has to have a subversive quality to it,” McHarg explained. “We just knew right away that The Paper was exactly this kind of content that we are after.”

One of the series’ main draws was its visual style, says McHarg.

“We went for a retro-modern look based on Hollywood [films] of the 1970s, especially films like Coppola’s Conversation,” director Dalibor Matanić revealed.

Just as Drugi Plan was mapping out the second series, Netflix bought The Paper in what was its first acquisition from the Balkan region.

“Netflix’s only requirements were that the core creative team stays the same, that the budget is not lower that that of the first season, and that it screens only on HRT in Croatia,” Taraba explained.

What the creators could not have imagined was how The Paper resonated around the world.

The first series has proved a big critical hit around the world, particularly in countries which face similar challenges of political corruption and interference by the government in the media, such as Brazil and Hungary. In the latter, said Taraba, it was as if life imitating art.

“Two weeks before we took the series to MIPCOM in 2016, the only independent daily newspaper in Hungary was shut down, almost in the exact same way as it happens in The Paper,” the producer explained.

The second series is now completed and will be aired by HRT this autumn and will then stream on Netflix from January 2019.

Taraba and Matanić said they ntend to make a third series. “From the beginning, The Paper was intended as a trilogy,” Matanić explained. “The first season focuses on media, the second on politics, and the third season focuses on law. These are three angles through which you can analyze the society.”