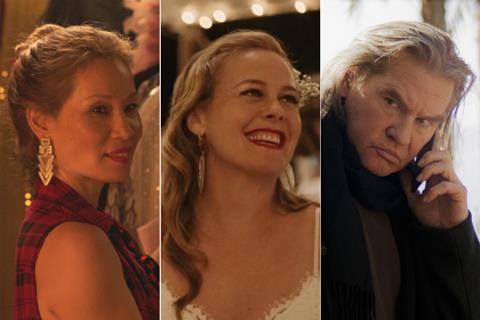 ‘Stage Mother’, ‘The Pleasure Of Your Presence’, ‘Paydirt’

AGC Studios has brought high-profile sci-fi to the market in the past year with Moonfall, Voyagers and Inferno, and arrives in Berlin with the $30m package Little America. Sylvester Stallone will play a former operative hired by a Chinese billionaire to rescue his daughter in a future US owned by China. AGC Studios is producing with Balboa Productions and represents North American sales with CAA Media Finance.

Endeavor Content will be talking up Pig, starring Nicolas Cage as a loner who lives with his loyal truffle-hunting pig in the Oregon wilderness and seeks revenge after rival hunters steal the animal. Alex Wolff and Adam Arkin also star with Michael Sarnoski directing the project, currently in post.

Cage also stars in The Unbearable Weight Of Massive Talent, a meta-tale in which the star plays a cash-strapped version of himself who is offered $1m to attend the birthday of a super fan and channel his most iconic on-screen characters. Lionsgate International launches sales and will distribute the Saturn Films production in the US in March 2021. Tom Gormican directs.

After acclaim for her feature directorial debut Book­smart, Olivia Wilde will helm Perfect from Riverstone Pictures and Pulse Films, based on the story of gymnast Kerri Strug who defied injury to help the US win gold at the 1996 Olympics. FilmNation sells international rights and CAA Media Finance represents the US.

STXinternational kicks off talks on Gerard Butler action thriller Remote Control, which STXfilms, Hyde Park, Eon and G-BASE produce. Butler plays a security consultant on the run after he is framed as an assassin.

Visit Films will be touting Sundance US Dramatic Competition entry Dinner In America, whose producers include Ben Stiller. The story follows a punk rocker and a female fan who embark on a series of misadventures through the decaying suburbs of the US midwest. Adam Carter Rehmeier directs, and Kyle Gallner and Emily Skeggs star.

The Exchange is in town with The Thicket, which brings together the potent combination of Peter Dink­lage, Noomi Rapace, Sophia Lillis and Charlie Plummer. Elliott Lester will direct the thriller about a man who hires a bounty hunter to rescue his kidnapped sister. Hollywood Gang, CAA Media Finance and ICM Partners handle US rights. 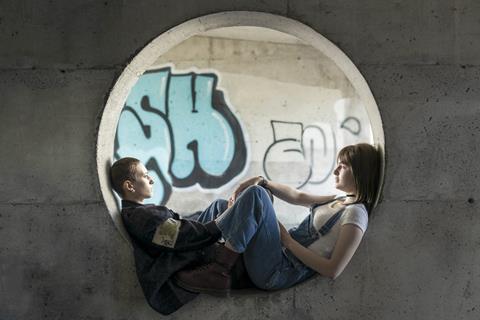 ‘Goddess Of The Fireflies’

Montreal’s WaZabi Films brings Generation 14plus selection Goddess Of The Fireflies (La Déesse Des Mouches à Feu), Anaïs Barbeau-Lavalette’s drama from Coop Vidéo about a teenager who navigates her way through life in the 1990s as her parents divorce.

Epic Pictures will be talking up SXSW selection Lucky, about a self-help author who believes she is being stalked by a masked lunatic. Epic head Patrick Ewald produces with Kimberly Hwang, Chelsea Davenport and Rob Galluzzo, and Natasha Kermani directs.

Another Toronto sales specialist, Double Dutch International (DDI) will be talking up the thriller Escape The Field, about six strangers who wake up trapped in an endless cornfield where a mysterious entity is hunting them. Emerson Moore will direct the production from CR8IV DNA and DDI, and producers are Michael Philip and DDI head Jason Moring. Crystal Reed of TV shows Gotham and Teen Wolf stars.

Film Mode has completed Canadian drama Stage Mother, in which Jacki Weaver plays a Texas choir­master who leaves behind her husband and moves to San Francisco to save her dead son’s drag club. Lucy Liu and Adrian Grenier also star; Thom Fitzgerald directs.

From Bleiberg Entertainment comes Recon, a war thriller starring Alexander Ludwig (Vikings, Bad Boys For Life) and Franco Nero (Django Unchained, John Wick: Chapter 2). Rick Dugdale produces the story of four US soldiers on a suicide mission in Italy towards the end of the Second World War. Currently in post.

Octane Entertainment will be selling its first in-house production, the crime thriller Pay Dirt starring Luke Goss as a parolee who reunites with his crew to find stashed cash and comes up against a dogged retired sheriff played by Val Kilmer. Production recently wrapped in California. Uncork’d will distribute in the US.

Premiere Entertainment Group has Alicia Silverstone comedy The Pleasure Of Your Presence from Mandorla Productions, in which a woman tries to stop her brother’s Hamptons marriage to a much younger French woman. Tom Everett Scott, Jake Hoffman and Mathilde Ollivier round out the main cast.

Shoreline Entertainment has the completed road movie Braking For Whales starring Tom Felton from the Harry Potter series and Tammin Sursok (Pretty Little Liars) as an estranged brother and sister forced to reconnect while they honour their late mother’s bizarre request to dispose of her ashes in the body of a whale.

Blue Fox International will be talking up Still Here, a crime thriller about a journalist who helps a man search for his missing daughter despite resistance from the police, community and his own publication. Fast-rising Zazie Beetz is among the cast.

MPI Media Group will screen Lowdown Dirty Criminals about two friends who are looking for excitement and wealth through a life of crime. James Rolleston and Samuel Austin star. 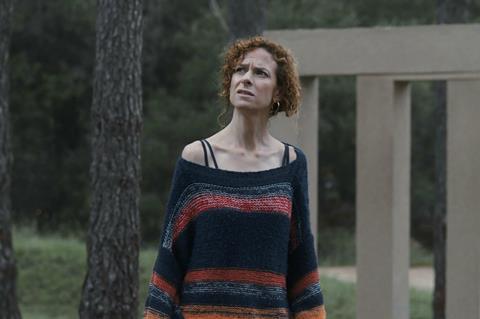 Another Sundance selection will be in the mix when FilmSharks talks up High Tide, Verónica Chen’s Argentinian World Cinema Dramatic Competition entry from Buffalo Films and Vega Cine. The plot revolves around a homeowner (Gloria Carra) who fights back when her affair with a construction worker at her beach house prompts other builders to cross a line.

Red Sea Media has The Manson Brothers Midnight Zombie Massacre, a completed horror from Mona Vista Productions starring Randy Couture about fading wrestlers who participate in a cage match on Halloween night and find themselves trapped in the arena with wrestlers and fans infected with a zombie virus.

IMR International arrives with the Scott Cooper (Crazy Heart) psychological horror A Head Full Of Ghosts, starring Margaret Qualley in the story of a woman who confronts her terrifying past. CAA Media Finance represents US rights, Cross Creek is financing, and Robert Downey Jr serves as executive producer.

Megan Fox has joined Millennium Media’s horror thriller Till Death, about a woman handcuffed to her dead husband as part of a sickening revenge plot. Production is set to begin in March at Nu Boyana Studios in Bulgaria.

Cinema Management Group has added its latest animation to the roster and launches sales on Proud Princess from Luminar Films, about a young king who disguises himself while he woos an arrogant princess. The project is out to cast and the seller holds worldwide rights excluding Czech and Slovak republics (Cinemart).

Buenos Aires-based Meikincine is in town talking up Jailbreak Pact (Pacto De Fuga), the hit Chilean thriller it picked up in Ventana Sur that has sold 150,000-plus tickets in less than a month through Fox. Benjamin Vicuña stars in the true tale of 49 political prisoners who defied the Augusto Pinochet regime with an audacious escape.