After years of quietly assembling an eye-catching stable of sales titles, Highland Film Group is poised to step up to the major leagues with its upcoming slate. 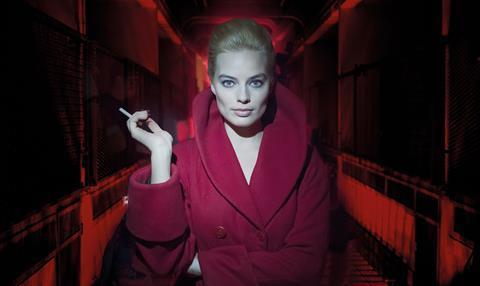 Highland Film Group, the West Hollywood outfit run by CEO Arianne Fraser and COO Delphine Perrier, is at the European Film Market (EFM) in Berlin with plans to launch a production division this year, invest in bigger projects and build on its reputation for sourcing compelling titles. The expansion is a logical progression for a popular, hard-working team with a penchant for action fare and a knack for pulling projects together quickly and smoothly.

Titles such as The Trust starring Nicolas Cage, The Life And Death Of John Gotti with John Travolta, The Blackcoat’s Daughter, which A24 will release in March, the upcoming Terminal with Margot Robbie and Braven starring Jason Momoa have kept buyers happy and are true to the company’s roots.

“I started Highland seven years ago not really knowing what that would mean in the long term,” says Fraser, who cut her teeth in senior executive roles at First Look International and Arsenal Pictures. “Our focus was reverse-engineering content for direct-to-broadcast. We would make these dragon movies [Dawn Of The Dragonslayer and The Crown And The Dragon, to name two] for a price and sell to broadcasters all over the world.”

Fraser learned early on how to maximise spend to deliver the most efficient return on investments. “You have to back into budgets for the content that makes sense,” she notes.

It is a strategy that still holds true at Highland and has earned the company a loyal network of partners around the world. “A lot of people gravitate towards us because we understand what the buyer wants — action films that translate into every language and are easier to sell to territories,” says Fraser.

Perrier entered the picture in 2012. Fraser met the former Paramount Vantage and Odd Lot International senior executive at a dinner party in Monaco. Six months later they met again and decided to go into business.

“We have a great partnership — a fantastic understanding of each other and we trust each other,” says Perrier. She echoes Fraser’s belief that while female executive empowerment at Highland is a source of pride it does not inform a particular mission beyond supporting quality commercial fare.

The women have moved quickly on a slate that covers most genres. They spotted the talent of Margot Robbie in The Wolf Of Wall Street and signed her up more than a year ago to noir thriller Terminal before she became a household name with Suicide Squad.

Mindful of the turbulence that continues to unsettle the film world, Fraser and Perrier are keen to diversify and take more control of content, not to mention a move into television. By reinvesting profits into projects, they remain deeply invested, in more than one sense of the word, in what they make.

In addition to production ambitions their goal is to move more aggressively into financing smart, appealing content. Hence the investment with Samuel Hadida’s Davis Films and Electric Shadow on The Crow Reborn, a reboot of 1994 cult classic The Crow that starred the late Brandon Lee.

The parties will finance, produce (with Ed Pressman) and distribute the film, and anticipate a production start towards the end of this year or early 2018. Highland says it will start talks with buyers at the EFM but the real push starts in Cannes once more elements have come together.

“We organically grew to a place that gave us the opportunity to become the rights holder of the source material, granting us more autonomy,” says Perrier. “We look forward to more of those opportunities.”

The Berlin sales slate includes The Last Draw Of Jack Of Hearts to star Josh Hartnett as a former black ops soldier left for dead who resurfaces to avenge a betrayal and reclaim the love of his life. Guy Moshe will direct from his own screenplay.

The project is one of several new titles in the pipeline as Highland responds to the challenges of economics, streaming giants and the draw of television with optimism and vigour. “We’re having to adjust and adapt to the realities of the markets and distribution models,” says Fraser. “But as long as we stay open-minded about what that means, there are smart ways to make movies.”