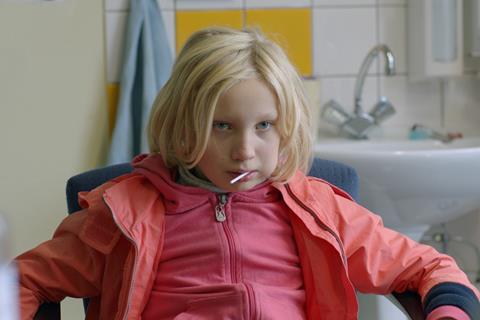 German director Nora Fingscheidt’s System Crasher, a drama about a troubled nine-year-old girl who is caught in an overstretched social welfare system, was a highlight at the Berlinale in February.

The film has now become one of the most successful local arthouse releases of the year in Germany, grossing $2.9m after four weeks on release. Berlin-based distributor Port au Prince Pictures opened the film on 93 screens on September 19; that number had widened to 400 by October 20.

The company, whose recent distribution line-up has included Talal Derki’s Oscar-nominated documentary Of Fathers And Sons, Edward Berger’s Berlinale 2019 title All My Loving and Ina Weisse’s recent San Sebastian prize winner The Audition, had been buoyed by the reaction of German cinema owners to the film’s Berlinale premiere.

“I’d never had a film, either as a producer or distributor, where the cinema [owners] indicated at such an early stage that they wanted to show the film,” says Jörg Trentmann, co-CEO of Port au Prince. “They were enthused by the film’s strong emotional appeal, as well as the screenplay and direction and, of course, the performance of Helena Zengel [who plays the girl, Benni].”

Port au Prince timed the German release for mid-September and carefully targeted a demographic of women over the age of 40, in particular parents, educators, teachers and care professionals. The company liaised with a network of partner organisations and associations operating in the fields of youth welfare, social work and child psychiatry throughout Germany to help bring more awareness of the issues raised by System Crasher. Organisations wanting to stage special screenings could do so via the film’s website; these were often followed by Q&As with professionals in the field.

“We provided [various] organisations with artwork and a press book from the film as well as templates for promoting the event in their own social media and using the film in their work,” says Port au Prince co-CEO Jan Krüger. “This generated word of mouth about the film within their communities.”

According to Port au Prince, more than 100 (and counting) special screenings were arranged. Additionally, Fingscheidt and the producers participated in a nationwide tour of 36 German towns and more than 60 screenings, discussing the issues raised by the story with invited experts.

Port au Prince’s own social media activities ranged from short clips to a featurette by educational psycho­logist Menno Baumann, who served as a consultant for Fing­scheidt during her preparations for the film. “There had been great press coverage ever since the film’s premiere in Berlin, and we were able to have the trailers booked on television thanks to funding that came from the German Federal Film Board,” adds Krüger.

Two weeks before the local release, System Crasher was selected as the German entry for the Oscars, giving the promotional campaign an additional boost. The film has now begun its international rollout in Switzerland (via Cineworx), Austria (Filmladen) and the Czech Republic (Film Europe), with these distributors adapting many of the ideas deployed by Port au Prince including work with local social and psychological care organisations.

In the UK, 606 Distribution is releasing System Crasher theatrically on December 6, building on what Pat Kelman, 606’s director of acquisitions and sales, describes as the “phenomenal reception” the film received at BFI London Film Festival last month. “It is about the quest for love,” says Krüger, citing the universal story. “This girl is looking for unrequited love from her mother. Yes, the film is fresh, rhythmic, pink, loud and wild. But, above all, it is deeply moving.”