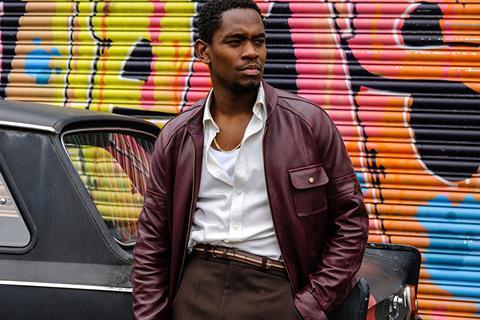 Dir: Isold Uggadottir
Eleven years after showcasing her debut short Family Reunion at Sundance, Icelandic writer-director Uggadottir will premiere her first feature at the festival. And Breathe Normally follows a struggling female border security guard whose life briefly intertwines with an African asylum seeker. One of the film’s producers is Beluga Tree’s Diana Elbaum (Elle, Message From The King), who is also associate producer on Sundance premiere The Happy Prince. Contact: The Match Factory

Dir: Tolga Karacelik
Turkish writer-director Karacelik’s 2015 sophomore feature Ivy won a host of festival awards that year, including best film at Antalya, and played in World Cinema Dramatic Competition at Sundance. He returns to Park City with this comedy about three Turkish siblings who only get to know each other after returning to their childhood village following the death of their father. Butterflies was part of the Turkey-focused Sundance Scenario Lab in 2015. Contact: Karma Films

Dir: CathyYan
Chinese-American shorts filmmaker Yan makes her feature debut with this idiosyncratic tale based on a true story, in which the lives of several Chinese individuals — including a farmer, an expat architect and a disenchanted rich girl — converge when thousands of dead pigs float down the river towards Shanghai. The film is executive produced by acclaimed Chinese filmmaker Jia Zhangke. Contact: CAA

Dir: Gustav Möller
Möller’s low-budget debut was made as part of Nordisk Film’s new-talent initiative Spring, and began attracting interest after a scene was showcased in Goteborg’s Work In Progress session in January 2017. This real-time, one-location thriller — about an alarm dispatcher ( Jakob Cedergren) who must save a kidnapped woman using only his phone — was also selected by the prestigious Danish Cinema Club as part of its 2017-18 season. Contact: TrustNordisk

Dir: Isabella Eklof
Danish director Eklof follows her 2011 short Notes From The Basement, which focused on a paedophile, with a simi-larly gritty feature debut centring on a love triangle that plays out between a Dutch mobster, his trophy wife and another man in the Turkish resort of Bodrum. Producer David B Sorensen was most recently behind Arab Spring documentary The War Show, which won the Venice Days best film prize at Venice 2016. Contact: See-Through Films

Dir: Gustavo Pizzi
Husband-and-wife filmmaking duo Gustavo Pizzi and Karine Teles follow up their multiple festival-award winning 2011 drama Craft with this Rio de Janeiro-set character study of a woman who must overcome her anxiety about her son leaving to join a professional handball team in Germany. Teles co-writes with Pizzi and takes the lead role in the project, which in 2013 participated in Cannes’ financing forum La Fabrique des Cinemas du Monde and co-production market Brasil Cinemundo, and in Rotterdam’s CineMart in 2014. Contact: New Europe Film Sales

Dir: Babis Makridis
Co-written with Efthimis Filippou — regular collaborator of Yorgos Lanthimos who was Oscar-nominated with him for writing The Lobster — this drama revolves around a man who becomes accustomed to the special treatment he receives while his wife is in a coma. The film’s stars, Yannis Drakopoulos and Makis Papadimitriou, appeared in Athina Rachel Tsangari’s Chevalier, which she co-wrote with Filippou. Contact: New Europe Film Sales

The Queen Of Fear

Dir: Aly Muritiba
Winner of the top prize in San Sebas-tian’s Latin American-focused Films In Progress section, along with the Film Factory Award that granted $35,000 as a presale on all international rights outside Spain, Rust tells of the burgeoning romance between two Brazilian teenagers in the social- media age. Muritiba’s short films have been well received on the festival circuit, including a Venice Horizons award for Tarantula in 2015. Contact: Be For Films

Dir: Sebastian Hofmann
Five years after his debut Halley, a horror feature that won various festival accolades including the New Visions Award at Sitges and played in the Tiger Awards Competition at Rotterdam, Hoffman brings his follow-up to Sundance. Time Share sees two men join forces to rescue their families from a tropical resort, after becoming convinced the US owners are plotting something sinister. The project reunites Hofmann with Halley producer Julio Chavezmontes, and the pair have co-written the screenplay. Contact: Paradigm Talent Agency

Dirs: Rodrigo Barriuso, Sebastian Barriuso
Supported by the Sundance Feature Film Program, and developed at the Canadian Film Centre in 2013, when director-producer Sebastian Barriuso and writer Lindsay Gossling were residents in the Cineplex Entertainment Film Program Producers Lab and Writers Lab respectively, Un Traductor is based on the true story of a Russian literature professor at the University of Havana. He is ordered to work as a translator for child victims of the Chernobyl nuclear disaster when they are sent to Cuba for medical treatment. Contact: ICM Partners ptrinh@icmpartners.com

Dir: Idris Elba
UK actor Elba makes his feature directorial debut with this adaptation of the 1993 novel by Victor Headley. Set in the 1970s, it centres around a young Jamai-can gangster who reunites with his girlfriend and daughter when he is sent to London. A Warp Films production backed by the BFI, BBC Films and Studiocanal, it is scheduled for a theatrical release in the UK later this year through Studiocanal. Contact: Studiocanal 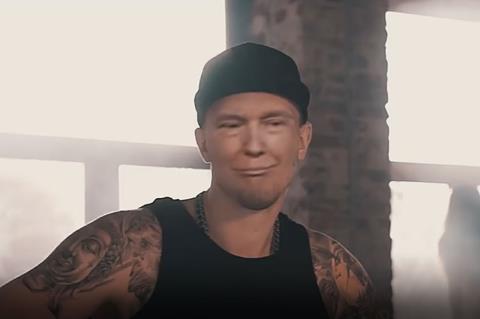 Dir: Matthieu Rytz
This documentary debut focuses on the island of Kiribati, on a low-lying Pacific atoll, which will disappear within dec- ades due to rising sea levels, population growth and climate change. Among the producer team are Mila Aung-Thwin, whose own 2017 doc Let There Be Light played in SXSW’s Documentary Feature Competition, and Shannon O’Leary Joy, who served as associate producer on this year’s Oscar-shortlisted Chasing Coral. Contact: EyeSteelFilm

Dirs: Moritz Riesewick, Hans Block
This eye-opening documentary from debut filmmakers Riesewick and Block follows a group in the Philippines who decide what content can stay up on the internet, including on social-media sites such as Facebook. Producer Chris- tian Beetz of Berlin-based Gebrueder Beetz Filmproduktion was also behind last year’s Berlinale Panorama documentary Dream Boat. Contact: Cinephil

Dirs: Christian Frei, Maxim Arbugaev
Real life meets Jurassic Park in the latest artful documentary from Frei, whose War Photographer was Oscar-nominated in 2002 and who picked up a Sundance directing prize with 2010’s Space Tourists, which played in World Anote’s Ark Cinema Documentary (co-director Arbugaev makes his debut). Genesis 2.0 follows the discovery of a woolly-mam- moth carcass on the remote New Sibe- rian Islands, and the potential genetic revolution its DNA could spark. Contact Rise And Shine

Dir: Stephen Loveridge
UK-Sri Lankan artist and musician MIA — who goes via various monikers and is perhaps best known to many for the ‘Paper Planes’ track that appeared on the Slumdog Millionaire soundtrack — is the subject of this intimate portrait by longtime friend Loveridge. New York-based production company Cine-Reach was most recently behind 2017 Sundance US Dramatic title Beach Rats, and has been involved with festival hits such as The Diary Of A Teenage Girl and The Florida Project. Contact: CineReach, Dogwoof

Dir: Talal Derki
Four years after winning the World Cinema Documentary grand jury prize at Sundance 2014 with Return To Homs, Damascus-born Derki — now living in exile in Berlin — returns to his home- land to spend two years living with a radical Islamist family, risking his life to explore what it is like to be part of a cali- phate in the so-called Islamic State. The film received support from Interna- tional Documentary Filmfestival Amsterdam’s Bertha Fund, and bowed at the festival in 2017. Sundance hosts its North American premiere. Contact: United Talent Agency

Dirs: Mor Loushy, Daniel Sivan
Loushy teams with Sivan, writer-pro- ducer of her 2015 Sundance World Cin- ema Documentary Competition title Censored Voices, for another exploration of a secret moment in history. The film details the illegal meetings between Israelis and Palestinians in Oslo, 1992, in an attempt to stop decades of blood- shed between the two nations. Contact: Submarine Entertainment

Dir: Maxim Pozdorovkin
In this adaptation of his own 2017 short film, Russian filmmaker Pozdorovkin tells the story of the election of US presi- dent Donald Trump, told entirely through Russian propaganda. Pozdorovkin previously appeared in Sundance’s World Cin- ema Documentary Com- petition in 2014 with The Notorious Mr Bout and in 2013 with Pussy Riot: A Punk Prayer (co- directed with Mike Lerner), which won the special jury prize. Contact: United Talent Agency

Dir: Samuel Collardey
French filmmaker Collardey’s third film, after Little Lion (2008) and the Venice Horizons award-winning Tempete (2015), is a documentary that follows a year in the life of a Danish teacher who leaves his home for a new job in rural Greenland, where he finds himself at odds with the tightly knit locals. Contact: Kinology

Dir: Sandi Tan
For her feature debut, Singa- pore-born, US-based shorts filmmaker Tan (Moveable Feast) revisits her own past, and her making of Singapore’s first road movie in 1992, also called Shirkers. Tan believed the film lost when her American mentor Georges Cardona vanished with all the footage. The discovery of the film 20 years later sets her off on a search for Cardona. Tan is a 2016 Sundance Documentary Film Program fellow and 2017 Sundance Creative Producing fellow, and Shirkers is supported by the Independent Filmmaker Project 2017 Documentary Lab. Contact: Submarine Entertainment

Dir: Alexandra Shiva
Two years after playing Sundance with How To Dance In Ohio, winner of a Pea- body Award for documentary and edu- cation, Shiva returns to Park City with another look at modern American life. She follows four Syrian families as they attempt to start over in Baltimore, Maryland — a challenge made even more difficult due to Donald Trump’s travel ban. Contact: Gidalya Pictures

Dir: Lorna Tucker
After cutting her teeth shooting music videos and tour footage, and experi- mental arts footage for fashion design- ers and brands, Tucker makes her feature debut with this intimate profile of iconic fashion designer Vivienne Westwood. Passion Pictures Films’ John Battsek (Whitney: Can I Be Me) produces, while Dogwoof handles sales and has already sold the doc to a num- ber of territories including Japan (Kadokawa), China (Tencent) and Aus- tralia and New Zealand (Madman). Contact: Dogwoof

Dir: Bernadett Tuza-Ritter
Hungarian multi-hyphenate Tuza-Ritter’s latest title is a remarkable look at a modern-day domestic slave who has been kept imprisoned by the wealthy family for which she works for a decade. Producer Viki Reka Kiss previously served as production coordinator on Son Of Saul. A Woman Captured makes its North American premiere after debuting at International Documentary Filmfestival Amsterdam in November. Contact: Syndicado