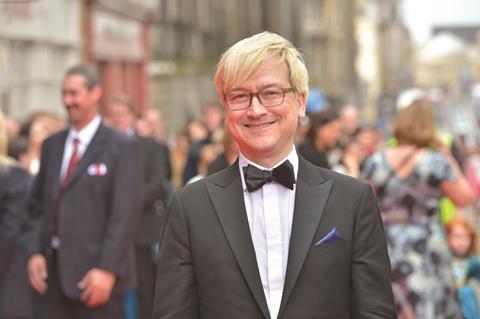 Plans have been revealed to launch a new annual event in London dedicated to East Asian film.

The inaugural London East Asia Film Festival (LEAFF) will launch in 2016 with a programme of titles from emerging and established directors, attended by filmmakers and stars.

Fujiwara stepped down as artistic director of Edinburgh International Film Festival after three festivals in September 2014. An independent film critic and programmer, Fujiwara had previously developed film festival programmes for Jeonju, Sydney and Mar del Plata among others.

A “pre-launch” edition of LEAFF will run later this month, from Oct 23-25, opening with the European premiere Korean box office hit Veteran, attended by director Ryoo Seung-wan and producer Kang Hye-jung who will take part in a Q&A session at the screening.

Other titles screening at the ‘pre-launch’ edition include UK premieres of:

“It will focus on the filmmakers’ perspective through conversations and not simply show Asian cinema that is a variation from European films.

“Also, this festival can achieve greater communication with the audience than festivals dedicated to a single country. I hope the people of London discover the distinction and individuality between different countries within East Asia.”

Fujiwara added: “Around the world, Asian film festivals attract audiences in ever greater numbers, proving the excitement and enthusiasm that surround the films, the heritage, and the contemporary cultures of East and Southeast Asia.

“I look forward to welcoming the UK public on what promises to be a continuously unfolding and unpredictable cinematic adventure.”

The festival will run ahead of th 10th London Korean Film Festival (Nov 2-14), which this year opens with JK Youn’s Ode To My Father and will also screen Veteran as its central gala. Zhang Lu’s off-beat comedy Love And… closes the festival.