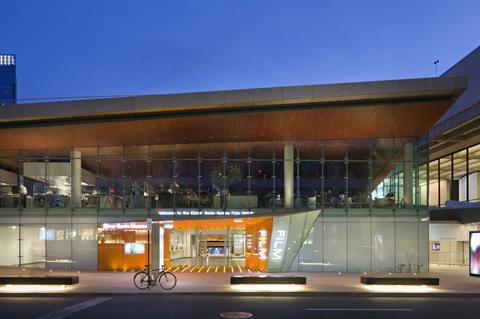 Aspect of Film at Lincoln Center

Marking its 50th anniversary year in 2019, top brass at the Film Society of Lincoln Center announced a new name on Monday (29) – Film at Lincoln Center – and unveiled a schedule of free summer programming.

The institution’s hierarchy said the name change reflected “the identity of this nonprofit organization: a destination for film at New York’s preeminent arts complex.” It was noted that the institution’s past as a film society remains an essential part of FLC’s history as it moves forward as an inclusive home to film lovers.

“There are so many ways that people can see films now, but we believe that the curation we bring – the careful consideration of what we present and how we present it – keeps us at the heart of the culture,” said FLC executive director Lesli Klainberg. “We are privileged to be part of Lincoln Center and the New York cultural landscape, and as we move into the future, we want to continue expanding our impact and reach ever-larger audiences. We’re excited to unveil our new name and branding, which give us the opportunity to look forward.”

The anniversary celebration continues with Summer of Film at Lincoln Center, a season of free screenings, free talks, and double bills that includes the 50th Mixtape, a series of back-to-back Thursday night screenings that runs from June 27-September 11.

This Is Cinema Now: 21st Century Debuts runs from July 19-31 and surveys the most important new filmmakers of the millennium, showcasing the likes of Maren Ade (The Forest For The Trees), Jennifer Kent (The Babadook), and Jordan Peele (Get Out). Make My Day: American Movies in the Age Of Reagan (August 23-September 2) shines a political light on 1980s titles like The Terminator, Back To The Future, and The King Of Comedy.

Full details and schedule will be announced in the coming weeks.