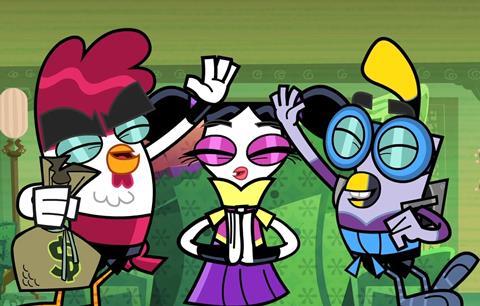 The $8m animation is a spin-off of Chuck Chicken, a TV series that has aired on Disney China, Disney South East Asia, Nickelodeon India, the Middle East and CIS regional TV stations. In China, it received more than 300 million views within six months of its launch on VOD platform iQiyi.

Pre-production is set to start in June, followed by CGI production in late 2016. Delivery is expected early 2018.