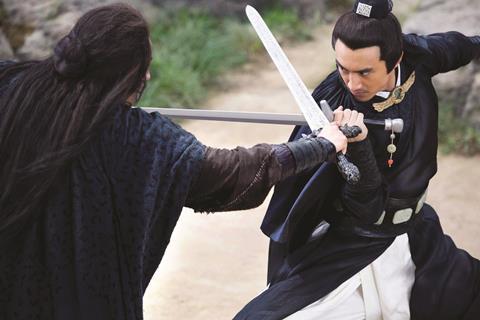 Distribution Workshop is handling sales on the film, which is produced by Tsui Hark and Yee’s Film Unlimited for Bona Film Group.

Tsui previously directed and produced 3D hits such as Flying Swords Of Dragon Gate and The Taking Of Tiger Mountain.

Starring Lin Gengxin (The Taking Of Tiger Mountain) and Peter Ho (The Monkey King), Sword Master 3D is based on Gu Long’s 1975 wuxia novel The Third Master’s Sword. The film is in post-production for delivery summer 2016.